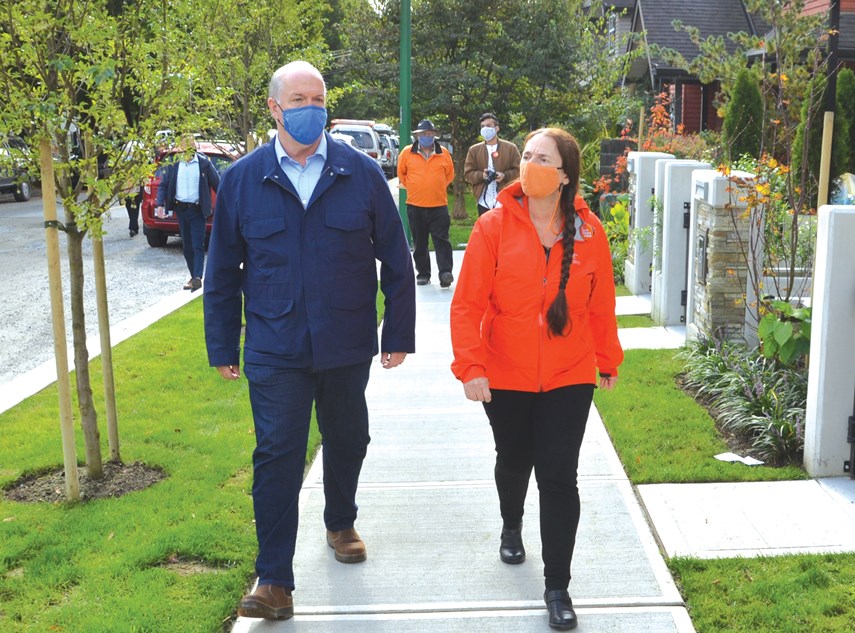 The flipping of safe Liberal seats – like North Vancouver-Seymour, West Vancouver-Sea to Sky and others in the Fraser Valley was a major theme in the discussions at a roundtable hosted by UBC’s political science department Monday.

Shifting demographics and social conservativism within the BC Liberal ranks may have a lot to do with the party’s rapidly flagging fortunes, said associate professor Gerald Baier.

The infamous video of Jane Thornthwaite making sexist comments about NDP colleague Bowinn Ma may have condemned her own re-election hopes, Baier said. The three-term MLA lost to NDP challenger Susie Chant – the first time the NDP has won the riding in 48 years.

“Presumably, Jane Thornthwaite threw herself under the bus, in a sense, because enough people said ‘That’s enough. It’s not going to happen,’” he said.

“Neither Thornthwaite nor Wilkinson jumped in with a quick apology. In fact, they didn't really apologize properly for a few days and those things, I think, really hurt,” she said, noting they frequently found themselves on the wrong side of gender and LGBTQ issues.

“I think it's a bigger problem as evidenced by some of the Liberal leader [Andrew Wilkinson]'s own statements and actions.”

The housing unaffordability crisis in Vancouver is manifesting itself as a political problem for the BC Liberals again, albeit in a more roundabout way, noted Baier, who is a North Vancouver resident.

“I'm in a place now with a lot of young families who are Vancouver refugees because this is where we could afford,” he said. “And so you have a much different demographic and it's finally showing itself.”

And unlike ridings in the Fraser Valley that flipped from the Liberals to the NDP, there were no BC Conservative candidates on the North Shore ballots to split the centre-right vote, Baier added.

The BC Green Party’s Jeremy Valeriote apparently having seized West Vancouver-Sea to Sky from the BC Liberals’ Jordan Sturdy indicates the Greens have longevity in the post-Andrew Weaver era, Harrison said.

“I think, definitely, Green concerns have become more mainstream. I think that contributed to the survival of the Greens despite some big disadvantages going into this election,” she said.

But the Liberals’ poor showing shouldn’t be interpreted as overwhelming support for the NDP’s platform, said professor emeritus Richard Johnston, who characterized the election as simply a referendum on B.C.’s response to COVID-19. The record-low voter turnout of 52 per cent illustrates that, he added.

“At the end of the day, it's an election nobody wanted. And as far as the interpretation of the outcome is concerned, it's basically a vote to continue having [provincial health officer] Bonnie Henry on at 3:30 p.m. That's what it's about. I don't think there's any real policy mandate,” he said.