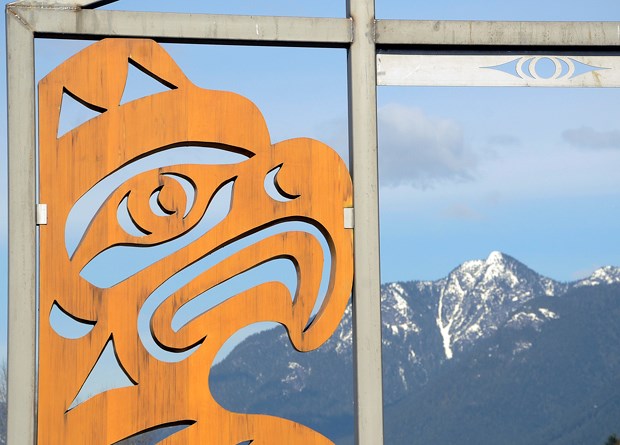 The Squamish Nation council has sent a notice to band members stating two band councillors whose actions have come into question in a financial audit have been "suspended" from their elected positions.

The notice added band leaders are also talking to the North Vancouver RCMP about a preliminary review of the situation that pointed to almost $1.5 million of Squamish Nation funds not properly accounted for and "we anticipate they will conduct a full investigation."

The recent notice follows a decision by the Squamish Nation council last month to strip Krisandra Jacobs and Glen Newman of authority over financial matters after an investigation revealed a significant portion of $1.5 million from the band's "emergency fund" wasn't properly accounted for over the past two years.

The investigation by lawyer Nazeer Mitha revealed Jacobs and Newman spent hundreds of thousands of dollars a year from the fund without keeping proper records about who was given the money or what it was used for.

The notice states the band council is considering further action but added, "we must continue to follow due process as we take additional administrative, legal, political and financial steps."

The moves also follow votes at two Squamish Nation general meetings requesting that Jacobs and Newman be removed from their elected roles.

Band members also turned out to a band council meeting this week to voice their concerns.

Clarissa Antone said she wants to see a full forensic investigation of all Squamish Nation departments going back 15 years. "You have to respect what the people want. They want the audit to go through," she said.

Band member Bev Brown said she also asked if the pair are being paid their council salaries while they are suspended, and whether the suspensions are temporary or permanent, but hasn't been able to get an answer from the band council.

Both Brown and Antone said they've also been raising their concerns outside of the Squamish Nation, including with politicians and the Association of B.C. Indian Chiefs.

About $14 million of the band's $57-million annual budget comes from the federal government.

Antone said she's concerned there could potentially be more money that hasn't been properly accounted for. "I believe there's way more than what they're showing," she said.

Cpl. Richard De Jong, spokesman for the North Vancouver RC MP, said the commercial crime unit is now looking into the issue, starting with an examination of the thirdparty audit. If a full forensic investigation is warranted, it could take weeks, months or even years, he warned.

Meanwhile, Brown and Antone said they are concerned no one in the band's finance department, which issued large numbers of cheques to Jacobs and Newman without proper oversight, has faced penalties or been investigated further.

Shellene Paull said the band council has known for years that greater financial controls were necessary but did not take action to put them in place.

"We could have avoided all this," she said.

Reached by phone, Krisandra Jacobs said she had no comment on the situation. Newman could not be reached.

3196
Fallen giant: 500-year-old tree falls in North Vancouver park
1422
How fast is the North Shore growing?
999
B.C. has the power to limit non-essential travel into the province: constitutional law professor
894
Bookkeeper who stole over $748,000 to feed gambling addiction sentenced to house arrest
764
Lessons from Pandemic Drinking