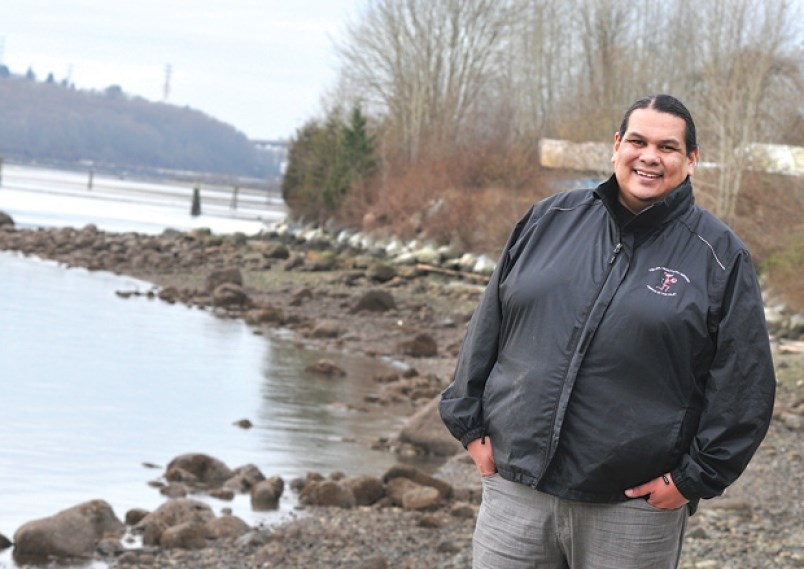 In the midst of a B.C.-Alberta trade war over Kinder Morgan’s Trans Mountain pipeline expansion, the federal government announced Thursday plans to overhaul the environmental assessment process for major projects.

Among the changes, which could take 18 months to be put in place, the new review process will be open to hearing from more of the public at an earlier point in the review, will consider a wider range of social and economic interests and will include better consultation with Indigenous people.

But those opposed to the pipeline expansion say the changes have come too late and can’t be relied on. “How can you unscramble an egg?” said Rueben George, spokesman for the Sacred Trust Initiative of the Tsleil-Waututh Nation in North Vancouver that has been staunchly opposed to the project.

George said the way the federal government dealt with the Kinder Morgan approval process has left him with no faith in Ottawa. Instead, the North Vancouver native band is counting on the courts to safeguard the Indigenous nation’s interests, said George. “I’m pretty comfortable with the Canadian constitution protecting our Indigenous rights.”

North Vancouver Liberal MP Jonathan Wilkinson, parliamentary secretary to the environment minister, held a press conference in Victoria Thursday morning to unveil federal changes. In an interview, Wilkinson said the new environmental assessment process for major projects will be more inclusive and transparent than the previous one. “All of the science will be publicly available,” he said.

The process will also no longer depend entirely on scientific data supplied by project proponents, he said. Ottawa will pay to bring in external scientific experts when needed. Assessments will consider a broader range of potential impacts, including health and social impacts.

The new rules emphasize consultation early in the process, especially with Indigenous groups. Wilkinson said the goal will be to “seek to obtain consent” from Indigenous groups. But he added, “In our view that doesn’t constitute a veto.”

George said the new environmental process does nothing to change a flawed decision already made on the Kinder Morgan pipeline expansion. “I still see (Prime Minister) Justin Trudeau making a political choice to side with his rich friends, his rich buddies,” said George. “As Canadians we have to look at that. I would challenge Canadians to do their own research.”

While the Tsleil-Waututh and Squamish nations are challenging the decision in the court, some individual members of the Tsleil-Waututh have joined forces with environmental groups and are calling for mass protests against the pipeline expansion, starting next month.

Will George said he is involved with a group calling itself Protect the Inlet and plans to protest and demonstrate against the pipeline project. He said he was inspired to take a public stand by both his elders and his son.

In North Vancouver Thursday, B.C. Premier John Horgan said that he hadn’t been fully briefed on the details of the federal changes, but added B.C.’s recent actions proposing a ban on bitumen were in the same spirit as changes to the federal assessment process. “We are also working on revitalizing and invigorating our environmental assessment processes, firstly and foremost, to provide public confidence so these institutions … are being consistent with contemporary views on the environment and the economy,” Horgan said. He called Ottawa “a couple of years late” in coming up with the changes.

Wilkinson said Thursday, “We believe the decision that was made was the right decision. This project is within federal jurisdiction. The project will be constructed.”

“Canada is a free and democratic society so people have the right to protest, to protest peacefully,” he added.

In a statement, a Trans Mountain spokesperson said “. . . we understand that not everyone supports the expansion. But we’re confident we can build and operate this project in a way that respects the values and priorities of Canadians and in respect of the environment.”