Suspect in hit-and-run with cyclist turns himself in

West Vancouver Police have arrested the driver of a pickup truck involved in a hit-and-run accident that left a cyclist seriously injured on Saturday.
Jun 13, 2017 3:18 PM By: Jane Seyd 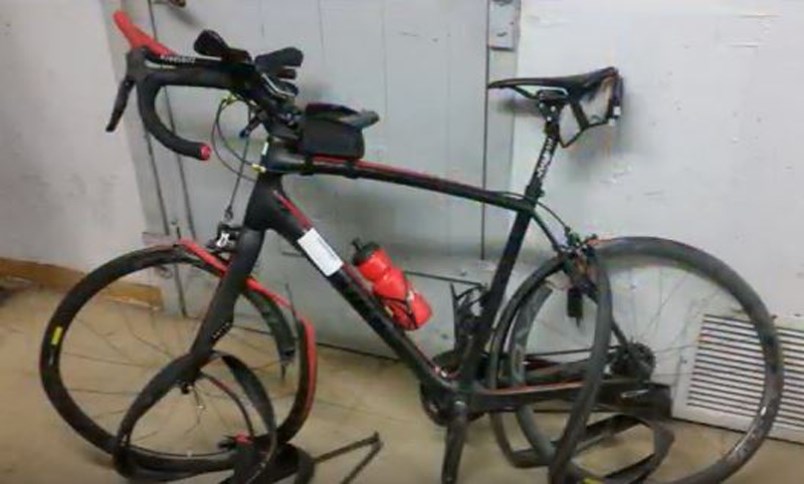 West Vancouver Police have arrested the driver of a pickup truck involved in a hit-and-run accident that left a cyclist seriously injured on Saturday.

The arrest of the 47-year old West Vancouver man Monday afternoon came after police posted a dramatic video of the accident, asking for the public’s help to identify the driver.

Police have now seized a black pickup truck for forensic examination and will recommend a criminal charge of failure to stop at the scene of an accident against the driver.

Palmer said the investigation is still active and further charges are possible.

“We’re glad we’re in a position to make an arrest,” he said. “We certainly feel there’s additional investigative work to be done.”

The arrest Monday came as a result of an accident that happened at about 8:30 p.m. Saturday evening, when a cyclist in the 1900 block of Bellevue Avenue was hit by a westbound pickup truck.

The cyclist was thrown from his bike into nearby parked cars and had his helmet knocked off in the collision.

Despite serious injury to the cyclist, witnesses reported that the driver carried on without stopping.

Video footage of the accident, captured on a surveillance camera from a residential building across the street, shows the cyclist riding correctly on the side of the traffic lane, said Palmer.

As the cyclist passes two parked cars, what appears to be a dark-coloured truck speeds past, knocking the cyclist off the bicycle, then continues to drive off at significant speed.

The cyclist, a 48-year-old West Vancouver resident, was rushed to hospital with serious, but not life-threatening, injuries. He is now recovering at home with multiple fractures, including broken ribs, said Palmer, and is still being assessed for head injuries.

Witnesses identified the vehicle involved in the accident as a large black pickup truck, possibly a Ford F-150, driven by a middle-aged white man, said police.

Witnesses said the vehicle appeared to sustain damage to the passenger side in the collision, police added.

Police are still interested in speaking with witnesses to the accident as well as working to determine if there may have been any earlier conflict between the cyclist and the driver. Police are asking anyone who may have witnessed unusual interactions or behaviour by either a driver or cyclist near Ambleside Park or John Lawson Park in the 1400 to 1900 block of Bellevue Avenue to call investigators.

“We would just like to be very thorough,” said Palmer.

Palmer declined to comment on what the driver told police about the incident. “There does appear to be genuine remorse,” he said, but added the investigation remains active.

Police have since taken down the video posting of the accident.

Charges have not yet been sworn against the driver, who is expected to make his first court appearance in July.