Snared otter released back in Ambleside

The female otter found struggling with a snare around her neck near Ambleside Pier in May has made a full recovery and returned to her home waters.
Jul 13, 2017 4:15 PM By: Brent Richter 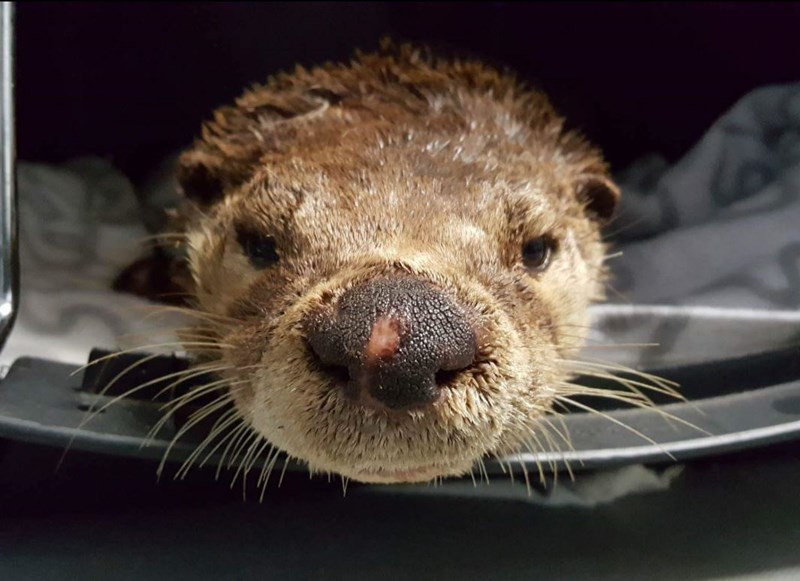 The female otter found struggling with a snare around her neck near Ambleside Pier in May has made a full recovery and returned to her home waters.

The otter was taken in by Critter Care Wildlife Society over the Victoria Day long weekend and the Association for the Protection of Fur-Bearing Animals put up a $1,000 reward for information about who set the snare, which had cut deeply into her neck.

Volunteers at Critter Care’s wildlife rehabilitation facility in Langley were not optimistic about her prospects when they first brought her in, but after several weeks of antibiotics, pain medication and healing, the otter was released on July 6, near the site where she was initially found.

“She made it very clear she was ready to go home,” said Dawn Johnston, animal care supervisor with Critter Care. “She would actually sit at the entrance to the enclosure and look out. She knew it was time.”

Critter Care volunteers typically give a name to their four-legged clients during their stays, but in this case, the patient simply went by “Mrs. Otter.”

“She was actually really good. She was the perfect patient. She took all of her meds … . She never caused any trouble while she was here,” Johnston said, noting that river otters can be quite difficult to work with in captivity.

The release back into the wild went seamlessly, Johnston said.

“She knew instantly that she was home. The second we opened the kennel, she took off and knew exactly where she was going,” she said. “She seemed completely content and happy to be back.”

The $1,000 reward went unclaimed and the only tips that came in amounted to rumours or theories, according to Furbearers wildlife conflict manager, Adrian Nelson. But, he added, the case did raise the plight of animals caught in snares.

“A lot of people don’t realize trapping is happening literally in our backyards and the immense suffering that happens because of it,” he said. “Hopefully, whoever has been doing this has smartened up and learned a lesson. It is a sad fact of wildlife here in B.C.”

“There’s a misconception that snares are humane. They’re really not. And it’s not necessarily things that you set the snare for. It’s what you’re going to catch. They’re indiscriminate. It could have just as easily been someone’s dog,” Johnston said, noting there is a dog park nearby.