Seymour salmon project a year away from completion

In one year, spawning salmon may be able to slip between the rocks that have blocked the Seymour River since the 2014 slide.
Mar 21, 2018 7:00 PM By: Jeremy Shepherd 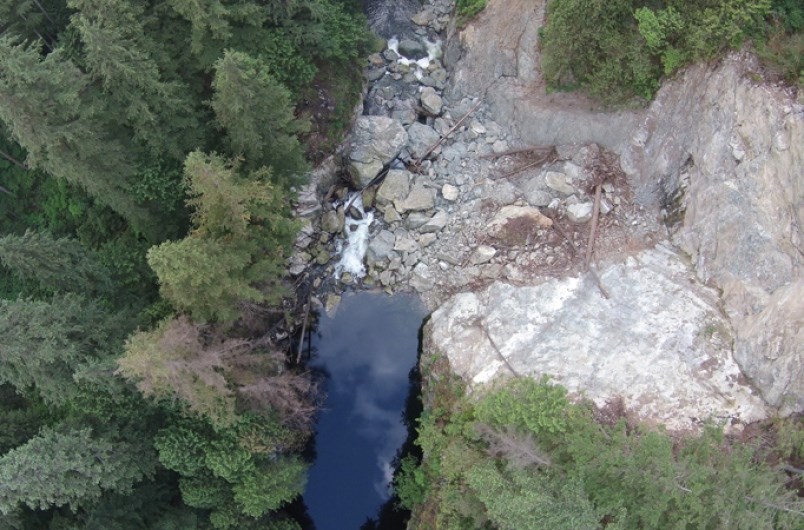 In one year, spawning salmon may be able to slip between the rocks that have blocked the Seymour River since the 2014 slide.

That was Shaun Hollingsworth’s message March 5 as the Seymour Salmonid Society board chairman addressed City of North Vancouver council.

In December 2014, the equivalent of 500 dump truck loads of rock crashed into Seymour River.

The boulders – some the size of houses – formed a dam, created a new pond, submerged Twin Bridges and flooded a nearby forest.

After 93 days of breaking rock spread over two summers, Hollingsworth estimated that they’ve spent approximately $700,000 of an estimated $1.2 million budget and broken about 13,000 cubic metres of rock.

The strategy is to break the house-size boulders into microwave-size stones and, “allow Mother Nature to move those rocks downstream in high water flows over the winter.”

While smolts have been able to make it downstream the upstream journey is much tougher, Hollingsworth said.

“To date we have no adult fish that have made it up through the rock slide,” he said.

The society opted to use low-velocity explosives over concerns about the stability of the canyon.

The society was also reluctant to bring in heavy, earth-moving machinery which might “devastate our beautiful backyard,” explained society board member Stephen Vincent.

City of North Vancouver council contributed $15,000 to the society in 2016 and also asked the provincial and federal fishery ministers “what contribution they are making in preserving the fish stocks on the Seymour River.”