Seaspan has signed a $66.6 million contract with the federal government that will allow the North Vancouver shipyard to start construction on early blocks for the navy’s joint support ships ahead of an oceanographic vessel.
Jun 1, 2018 9:16 AM By: Jane Seyd 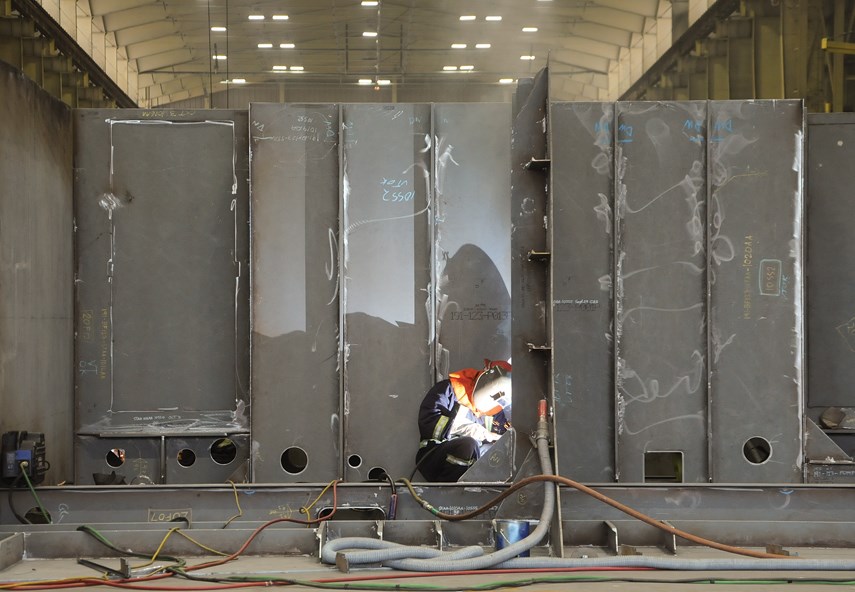 Seaspan has signed a $66.6 million contract with the federal government that will allow the North Vancouver shipyard to start construction on early blocks for the navy’s joint support ships ahead of an oceanographic vessel.

The agreement, announced Thursday in Ottawa by Minister of Public Services and Procurement Carla Qualtrough, puts the federal seal of approval on a plan that Seaspan has pushed for since December, when it became clear that gaps in the shipbuilding schedule caused by earlier delays might result in massive layoffs.

Under the agreement, Seaspan will start work later this month on 50 early blocks of two Protecteur-class joint support ships. That work will keep trades workers in the early part of production process employed while workers in the later stages of ship production finish work on the two remaining federal fisheries vessels currently being built in the shipyard.

Tim Page, vice-president of government relations for Seaspan, called the announcement Thursday an “important milestone” for both Seaspan and the National Shipbuilding Strategy. “This is a day we’ve worked hard to get to,” he said.

Page said the deal will allow Seaspan to avoid layoffs at the shipyard and also deliver the joint support ships earlier than would otherwise be possible.

He said the shipyard is planning a gradual ramp-up of production on the JSS construction. “We want to start slower so we can learn from the early blocks of the joint support ships to ensure that we’re building well.”

The agreement is good news for about 500 tradespeople currently working at the North Vancouver shipyard.

Shortly after the first fisheries vessel Sir John Franklin, was launched in December, about 200 people, including welders and electricians, were laid off at the shipyard.

Company bosses lobbied the federal government to approve the fix which would avoid further layoffs and fill in a looming year-long hole in the shipbuilding schedule.

The navy has been without a permanent support ship since 2015, when it was forced to retire its existing vessels because of a fire and corrosion issues. It is currently leasing a temporary ship, the MV Asterix.

Work is continuing on the two remaining federal fisheries vessels at Seaspan. The first vessel was sent to Victoria Shipyards to undergo sea trials in December. The federal government has not yet taken delivery of the ship.