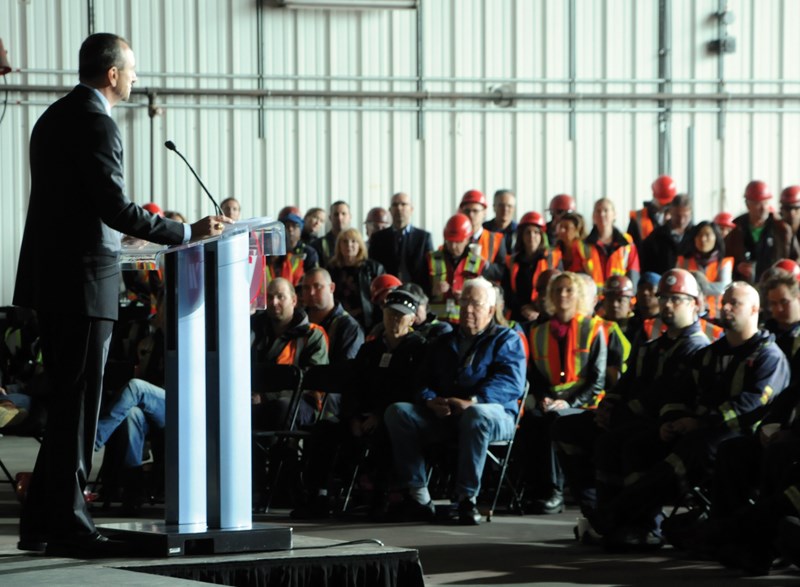 Seaspan and the charity set up by its founders are putting up a sizable donation to fund the education of trades workers expected to keep the shipbuilders humming in the years to come.

The North Vancouver shipyard hosted an announcement Thursday morning, of $900,000 from the Dennis and Phyllis Washington Foundation for three trades training programs in Canada.

The new donation will be shared by the B.C. Institute of Technology to support Aboriginals in trades, Camosun College to support women in trades and the Canadian Welding Association for new equipment and teacher training for high-school welding programs.

Previously, Seaspan committed $2 million to the University of British Columbia’s faculty of applied science, something required under Seaspan’s contract with the federal government in the National Shipbuilding Strategy.

"Seaspan is thrilled to honour four community and industry partners that are helping us develop and grow a shipbuilding and ship repair centre of excellence in British Columbia,” said CEO Jonathan Whitworth in a news release. “Innovation, leadership and world-class trades training are critical components of our vision of driving Canada’s marine industrial base on the West Coast. Today’s announcement demonstrates an unwavering investment in attracting, training and retaining the labour force and expertise we need to deliver on our National Shipbuilding Strategy commitments.”