North Vancouver’s Seaspan Shipyards has joined forces with a third Canadian marine company in a bid to win the contract to build a massive polar icebreaker for the federal government.
Sep 16, 2020 1:39 PM By: Jane Seyd 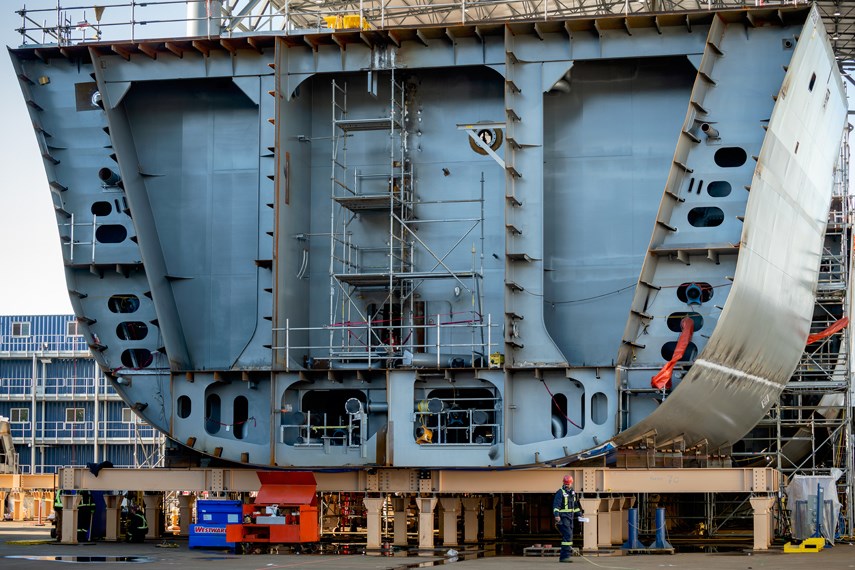 North Vancouver’s Seaspan Shipyards has joined forces with a third Canadian marine company in a bid to win the contract to build a massive polar icebreaker for the federal government.

Seaspan and Genoa Design announced Wednesday they have made an exclusive deal to work together on the icebreaker if Seaspan is awarded the contract.

If Seaspan is successful, Genoa Design International Ltd. – based in Newfoundland - will provide 3D modelling and design for the icebreaker.

Genoa has already worked with Seaspan on the design of other Coast Guard vessels.

The company is also working as a sub-contractor on the Polar Security Program in the United States, which is the U.S. equivalent of the Canadian icebreaker program.

Mark Lamarre, Seaspan’s CEO, said in a press statement that Seaspan has put together “the best team in Canada” to bid for the icebreaker.

Genoa joins Ontario-based Heddle Shipyards in teaming up with Seaspan on the icebreaker bid.

In June, the two companies announced if Seaspan is successful, Heddle will build some modules containing ship systems at its three Ontario shipyards, then ship them to North Vancouver for final assembly of the icebreaker at the West Coast shipyard.

The large icebreaker – being built to replace the aging CCGS Louis S. St-Laurent - was originally part of the non-combat package awarded to Seaspan in 2011. But last year, Ottawa took that off the company's order book - replacing it with a series of smaller multi-purpose vessels - and announced it was reopening bidding to include other shipyards, notably Davie Shipyard in Quebec.

Davie has already provided Ottawa with the interim naval supply ship - which it is leasing to the government - while the government waits for Seaspan to build the massive joint support ships.

The Quebec shipyard has also been awarded a $610-million contract to build three "interim icebreakers" for the Coast Guard.

Currently the St-Laurent is the only Canadian ship capable of year-round operations in the Arctic.

The government has not said when it will award the contract for the icebreaker, while the cost of the ship - last estimated at $1.3 billion - is under review.

The contract includes $2.4 billion to build the two Protecteur-class support ships - a figure that rises to $3.1 billion when manufacturing of additional spare components for both the joint support ship and other navy vessels is factored in.