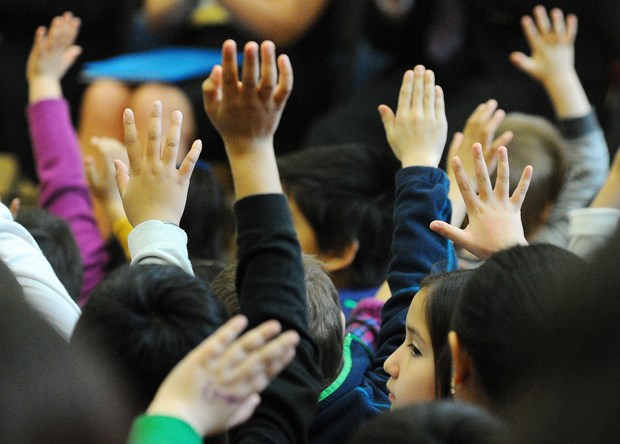 Some teachers and support staff will lose their jobs, the Cheakamus outdoor school won’t be opening anytime soon, and local school trustees are digging into their rainy day funds as they prepare for the coming school year with many unknowns still facing them.

Both North and West Vancouver school trustees passed budgets for the 2020/2021 school year this week, while hedging their bets against the unknown impacts of COVID-19.

Pearmain said the budget assumes secondary school students will be in classrooms for part of the week, but not full-time in the fall.

In North Vancouver, the operating budget for next year is just under $156 million, compared to $157.5 million this school year, funded primarily through an anticipated $146 million from the Ministry of Education.

The biggest impact on the budgets of both school districts is the anticipated loss of fee-paying international students, resulting in an approximately $6 million drop in revenue in North Vancouver and $4 million in West Vancouver. “That is a fairly significant decline for us that we’ve had to take into account,” said Pearmain.

Other hits to revenue brought on by COVID-19 include low interest rates, an inability to rent gyms and classrooms to community groups, lower academy fees due to lower enrolment in those programs and – in the case of North Vancouver – an inability of the Cheakamus Centre to run events that typically bring in about $1 million a year.

“The pandemic has had a dramatic impact on our revenue,” said Georgia Allison, secretary treasurer of the North Vancouver School District.

Typically funding from the province makes up 90 per cent the school district’s revenue while 10 per cent is locally generated. Next year, the amount raised locally will likely fall to five per cent of the budget, she said.

The school district is balancing its budget by spending $2.5 million of its surplus funds.

About 70 staff have been issued layoff notices in North Vancouver, although the final number likely to lose their jobs is about 20.

Some positions – like a part-time school psychologist and speech and language pathologist position – will not be backfilled while those people are on planned leaves of absence. Support staff including educational assistants, secondary school level supervision aides and lab techs, work experience co-ordinators and library assistants will also be impacted.

Managers at the school district are also expected to earn more: the budget includes an anticipated three per cent wage increase for them. Spending on educational assistants will go down – at least until school officials know how many students will be in classrooms in the fall.

The school district also expects to spend more on areas like Internet services, but less on bussing and professional development as a result of the pandemic.

Adoption of next year’s budget was a similar exercise in careful crystal ball gazing in West Vancouver on Tuesday.

West Vancouver school trustees passed a budget that includes just under $77.3 million in operating expenses next year, which was just slightly down from this year’s final budget.

That comes after finance staff did some fancy footwork to plug an anticipated $6.7 million deficit hole in next year’s budget – most of that due to an expected 45 per cent drop in fee-paying international students.

Usually tuition from those students provides 13 per cent of the West Vancouver school district’s revenue. Next year that will likely shrink to six per cent.

Five staff will lose their jobs to layoffs in West Vancouver, including one management position and four support staff.

The school district is making other cost savings by not renewing some temporary positions, not hiring anyone for jobs that are currently vacant and reducing some support staff hours.

The district has also put a freeze on hiring consultants, won’t be giving out innovation grants to teachers and has cut some spending on equipment and supplies.

The school district is also spending all of its rainy day reserve funds – $2.9 million – to balance the budget.

That’s something to be aware of going into next year, warned secretary treasurer Julia Leiterman. “We have no reserves going forward at this time.”