The owner of an unlicensed cannabis shop that had been operating in contravention of provincial regulations on Tsleil-Waututh Nation in North Vancouver is crying foul after provincial inspectors raided the store on Friday, shutting it down.
Dec 17, 2019 4:21 PM By: Jane Seyd 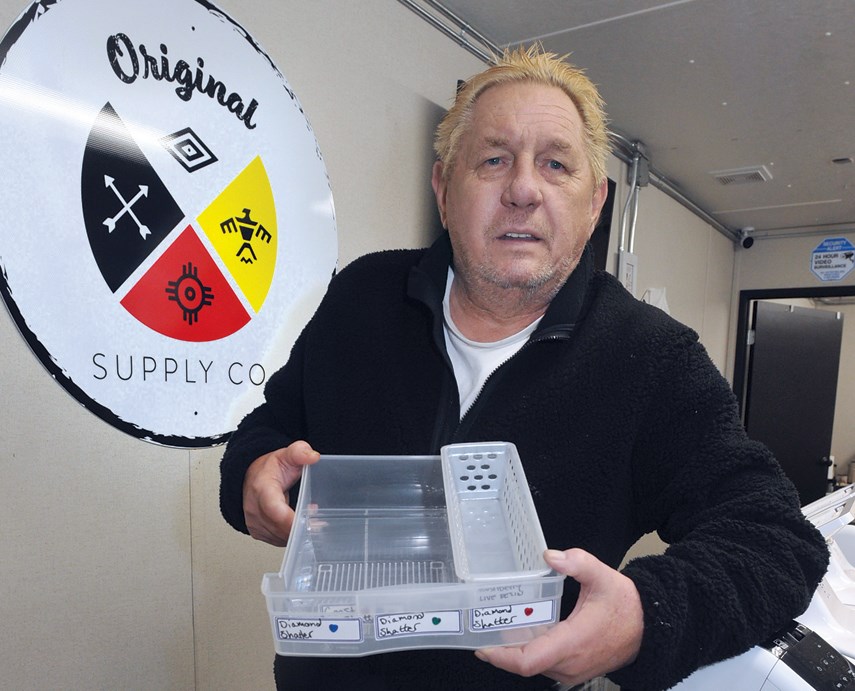 The owner of an unlicensed cannabis shop that had been operating in contravention of provincial regulations on Tsleil-Waututh Nation in North Vancouver is crying foul after provincial inspectors raided the store on Friday, shutting it down.

Alex George, a member of the Tsleil-Waututh Nation, said he’d operated his shop, Original Supply Co., since September of this year out of a modular building on the property where he lives, off the Dollarton Highway.

As the only pot shop operating on the North Shore, George said he was doing a steady business, selling marijuana flower, edibles and vape products to native and non-native customers alike. But all that ended on Friday, when provincial inspectors arrived, accompanied by RCMP officers, and took away his product and seized cash on the premises.

Authorities also warned him he will likely face hefty fines for running an illegal pot shop, he said.

While marijuana is legal, it can only be sold through stores that have been licensed by the province and approved by the local jurisdiction.

George admits he didn’t have a provincial licence, but argues it hasn’t been clear what was allowed and what wasn’t on First Nations land.

George said he’d recently been told by the band council he could stay open for six months while working on provincial licence requirements.

Nobody from the Tsleil-Waututh Nation was available to comment on that prior to press time.

George admits he was warned by the province last month that the hammer could soon be coming down on illegal marijuana shops.

On Friday, “they rolled in here with 10 RCMP and four or five (provincial inspectors),” he said. “In a little over an hour they cleaned everything out.”

“It leaves me completely financially broke,” he added.

Hope Latham, public affairs officer with the Ministry of Public Safety and Solicitor General, confirmed that enforcement officers were part of Friday’s response at the marijuana shop.

She added community safety unit enforcement officers have recently visited 220 illegal pot shops around the province, letting them know the consequences of operating without a licence and warning of potential raids.

George said he’d like to get a licence and operate legally, but described the process as daunting.

When he first approached the province a year ago, George said one person he spoke to on the phone told him, “We have no jurisdiction over native land. ... Every time you try to talk to the government they give you a 1-800 number to call.

“There’s a lot of confusion about band lands.”

According to the province, however, the same rules about provincial licence requirements apply regardless of where the shop is located.

Latham added the province is “working closely with Indigenous nations and partnerships who are interested in either applying for a licence or supporting the establishment of retail stores on their lands.”

So far only one cannabis store on the North Shore – 1st Cannabis in Lower Lonsdale – has been granted a provincial licence. The store – a 150-square-foot shop that will be in the same building as Sailor Hagar’s cold beer and wine store with a separate entrance – isn’t open yet though.

North Vancouver City council has also approved a government cannabis store at the northeast corner of Park & Tilford shopping centre, but that store still has to be built.

Prospective pot shops lining up in the District of North Vancouver include Aura Cannabis Inc. at 1560 Main St., North Shore Cannabis at 1520 Barrow St., Muse Cannabis at 385 North Dollarton Hwy. in Deep Cove, and a BC Cannabis Store at 1074 Marine Dr.

None of those have been issued a licence yet.

George said he’s not sure what he’ll do in response to the raid but is still considering reopening his store.