A North Vancouver teenager found guilty last fall of aggravated sexual assault and forcible confinement of a teenage girl at an unsanctioned grad party in February 2016 will be sentenced as a youth – not as an adult.
May 2, 2018 1:54 PM By: Jane Seyd 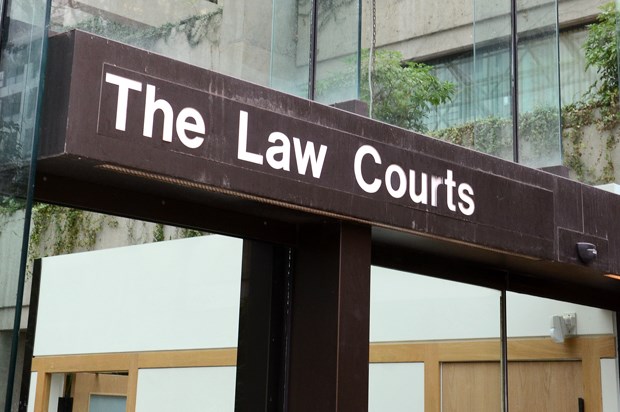 A North Vancouver teenager found guilty last fall of aggravated sexual assault and forcible confinement of a teenage girl at an unsanctioned grad party in February 2016 will be sentenced as a youth – not as an adult.

Judge Paul Meyers ruled Monday that the youth – who was 16 at the time of the assault – lacked the maturity that would have warranted sentencing him as an adult, despite the seriousness of his offences.

Crown prosecutors had asked that the youth, now 18, be sentenced as an adult, which would have potentially carried a much heavier sentence. But the provincial court judge rejected that.

“It is a recognized fact of life and law that age does play a role in the development of judgment and moral sophistication,” said Meyers, noting the teen was entitled to be sentenced as a youth unless the Crown convinced him otherwise.

The most serious of those happened at a pre-grad party held at a downtown nightclub in February 2016. He was also found guilty of the earlier sexual assault of another teen girl in October 2015 in North Vancouver.

The identities of the accused, complainants and witnesses in the trial are all shielded by a publication ban.

The complainant in the nightclub assault, who was 17 at the time, testified the youth trapped her in a large women’s washroom stall at the Encore Dance Club on the night of the grad party, attended by teens from several North Vancouver high schools, and locked the door, then sexually assaulted her.

The second girl testified that on a separate occasion, the youth forced sexual activity on her on the lawn outside his North Vancouver home.

In both cases, the teen boy said the sex was consensual.

But the judge did not believe him.

In considering whether the teen should be sentenced as a youth or an adult, Meyers noted neither of the sexual assaults were planned, but were “spontaneous” and “opportunistic.”

In the case of the assault on the lawn, the teen boy had climbed out a window in his home to meet the girl so they could discuss whether she had been flirting with other boys. “That’s classic teenage stuff,” said the judge.

In the case of the grad party assault, even the choice of a women’s washroom as a place to have sex was “really juvenile,” said Meyers.

He added the teen had very limited sexual experience, had no driver’s licence, and had “never even been to (downtown) Vancouver on his own in his life” prior to that evening.

Being sentenced as a youth means the teen will receive a lighter sentence. The maximum sentence under the Youth Criminal Justice Act is three years in custody.

A maximum sentence for aggravated sexual assault as an adult is life in prison.

The judge adjourned the date for the sentencing hearing in youth court to later in the summer. In the meantime, the teen remains free on bail with conditions.