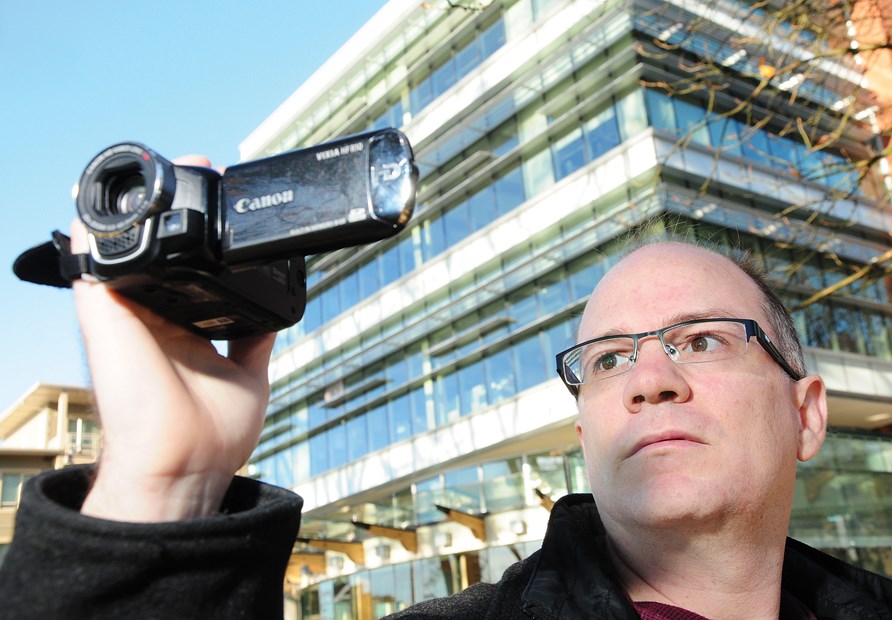 A North Vancouver man says the North Vancouver school district is violating the Charter of Rights and Freedoms by stopping residents from filming or broadcasting school board meetings.

Shane Nelson, who previously ran for the school board, has been told twice in two months to turn off his camera or be kicked out of the meeting. The first time in October, he was told it was because recording meetings was a violation of the school board's policy that deals with surveillance cameras. The second time, unspecified "privacy legislation" was the justification.

Nelson said he wants the board's debates to be recorded and available for public scrutiny on principle, and video recording in public is a form of expression guaranteed by Section 2 of the charter, he said.

Ultimately, the district should be filming and live broadcasting its meetings and posting them online after, just as the municipalities do, Nelson said.

But recording and broadcasting meetings isn't currently addressed in the policy that governs the board procedures, said Franci Stratton, board chairwoman, in an interview Thursday.

"This hasn't come up as an issue with anyone in the community in the six years I've been on the board. We've always had a process that we record meeting minutes and they're part of the public record," she noted.

Stratton said meetings tend to draw in children whose parents may not consent to filming and she did receive emailed complaints about Nelson recording without permission in October.

Still, Stratton said the board will be reviewing its own policy, which could lead to cameras in the board room, either from citizens or the school district staff.

"We can't circumvent the process which we go to in order to establish policy or to review policy. I think we've heard Mr. Nelson and others and said this is something we need to consider and we put it on the inaugural board meeting agenda," she said. "We'll ask for them to expedite it so we can see where it's going to go in the next couple months."

"I spent a ridiculous amount of time last night reading over all of the policies of the board, all of the charter, case law, privacy policy both (the Personal Information Protection Act and Freedom of Information and Protection of Privacy Act) and my reading of it is there's absolutely no justification of it or legal backing or school board policy that prevents recording of the meetings," he said.

The standard board meeting minutes fail to reflect the scale and nature of debate before decisions are made, he said.

The B.C. Civil Liberties Association, meanwhile, says some limits on what is recorded would be justifiable, like if sensitive personal information is being discussed. But it would be "backwards" to start with a blanket ban on recording.

"Outside of a carefully drafted, appropriately tailored policy that governs the justifiable exceptions, we can't think of a reason why you couldn't - the same as you take notes - record a public meeting," said Micheal Vonn, BCCLA policy director. "It's on the government to justify why they are not giving more open access to their public meetings - not for the citizen to justify why they need it."

Nelson has agreed to Stratton's request that he not record the Dec. 9 meeting because the children of the board members will be present for the swearing in, but he does plan to keep "putting pressure" on the board.

The West Vancouver school district allows cameras in the board room as long as the board chairperson has been made aware in advance. The Vancouver School Board allows recording in its board room, as long as camera set-ups are not blocking the view of other attendees or positioned behind the board table.