Investigators are working to find what caused a fire that dealt serious damage to an industrial unit and sent a North Vancouver firefighter to hospital Wednesday.
Feb 20, 2019 4:53 PM By: Brent Richter 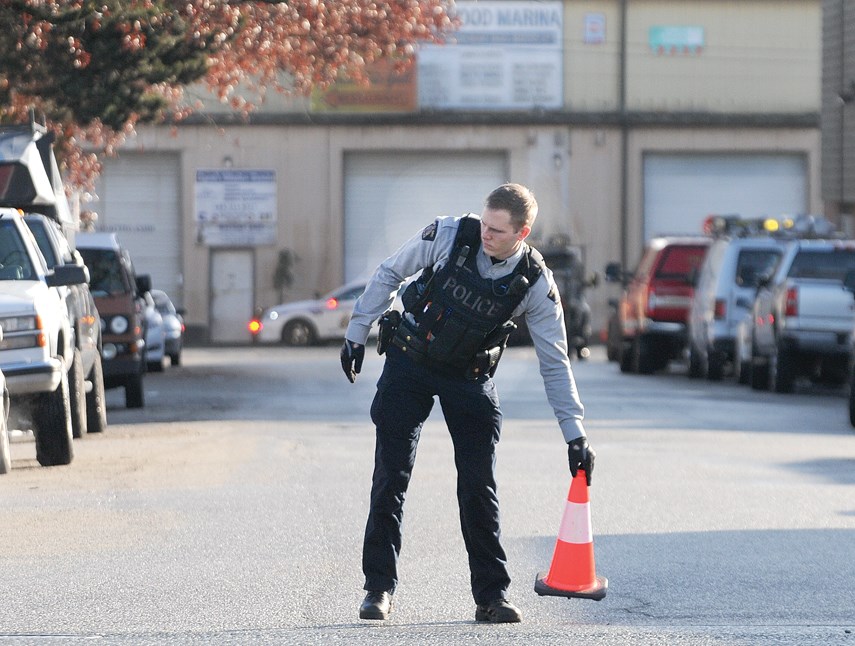 Investigators are working to find what caused a fire that dealt serious damage to an industrial unit and sent a North Vancouver firefighter to hospital Wednesday.

According to District of North Vancouver Fire and Rescue Services, the blaze broke out around 6:20 a.m. inside a Columbia Street business that manufactures wooden shims for use in construction.

As they fought to get the blaze under control, a piece of equipment fell from just inside the door and struck one of the crew members in the head, knocking him unconscious. His teammates pulled him out and eventually the injured man came to, but within half an hour he reported feeling nauseous, Duncan said.

“He was taken to Lions Gate (Hospital) eventually under concussion protocols,” Duncan said. “He’s been discharged. His sister is in town so she’s taken him. He’s going to recover fine. We had a couple people go visit him.”

The fire itself was a frustrating one to fight, Duncan said, because the unit was loaded with so much flammable material.

“There was lots of lumber in there and it was hard to get out,” he said.

Shimco has been in business since 1988 and uses kiln-dried hardwood, according to the company’s website.

The Shimco unit was “extensively damaged,” Duncan said, and the adjacent suites, which house a mechanic’s shop and a wood finishing shop, would have received smoke and water damage as well.

There was no one else in the building at the time of the fire and there were no other injuries,
Duncan said.

The response exemplifies how well the two local fire crews work together, he added.

“It just goes to show on the North Shore we’re well trained in our interoperability to affect fires of this nature,” he said.