A North Vancouver man will face three years of probation after pleading guilty to a string of incidents of environmental damage, harassment and mischief.
Oct 28, 2020 2:57 PM By: Brent Richter 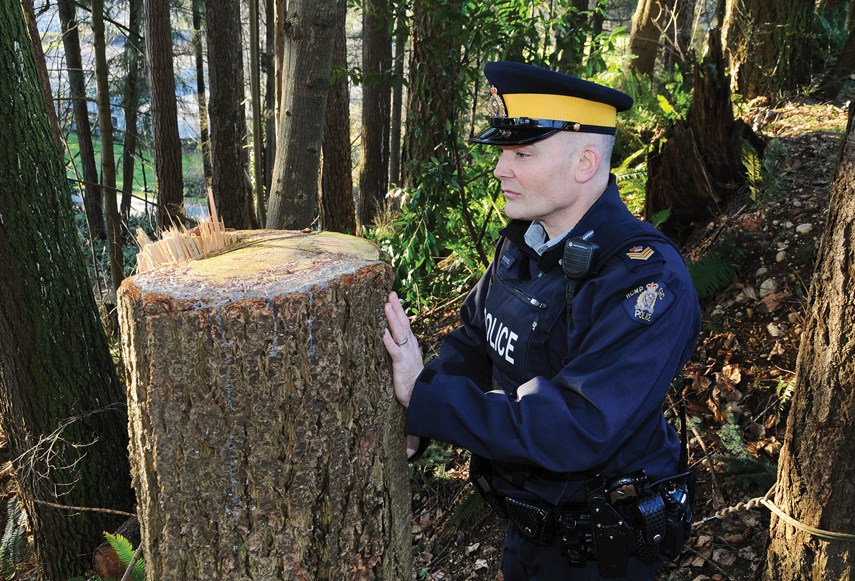 A North Vancouver man will face three years of probation after pleading guilty to a string of incidents of environmental damage, harassment and mischief.

At the time of his arrest, Andrews was already facing charges for exposing himself to his probation officer and sending her harassing messages.

In the first half of 2020, he was reported to police for harassing women at homes and deliberately flooding a Prospect Road resident’s yard multiple times, the court heard.

And Andrews had spent a year taking used motor oil from the Canadian Tire on Main Street and dumping it into the Seymour River, for which he was later caught and arrested.

Andrews had told the court he knew dumping oil in the river was wrong but “was doing it because it somehow soothes his mental health issues,” North Vancouver Provincial Court Judge Joanne Challenger noted at his sentencing on Oct. 22.

Cleaning up the river cost more than $100,000, Challenger added.

“Clearly, his conduct was a significant concern to the environment at large,” she said.

Andrews’ behaviour is “intertwined” with his paranoid schizophrenia and his relationship with his parents, Challenger noted. He has refused to take medication or get psychiatric help. His pre-sentence report found he had little insight into his behaviour and the harm he was doing.

“The reason that he is so difficult to deal with is that he is one of those whose mental health prevents him from having insight into his mental health challenges. His condition is also such that he does not meet the requirements for committal under the Mental Health Act,” she said. “As such, it falls to community mental health, the police, and now the courts to try and control and protect the public from Mr. Andrews and his quite troublesome, and at times very dangerous conduct.”

Andrews received a seven-month jail sentence. With credit for time already served, he was set to be released the next day.

The Crown sought an order barring Andrews from stepping foot in North Vancouver but Challenger said that would do little to help him in his rehabilitation. Instead, she ordered that he must stay at least one kilometre away from his parents' North Vancouver home, because of his aggression towards them. He must stay at least 100 metres back from any freshwater body, including rivers, lakes and streams and he must not have any contact with the people he’s accused of harassing or whose property he damaged.

While on probation he is also prohibited from possessing any woodcutting tools or oil (except for cooking oil).