If a municipal tree falls on a backyard fence, don’t expect the local government to pick up the tab.
Jun 27, 2020 9:00 AM By: Brent Richter 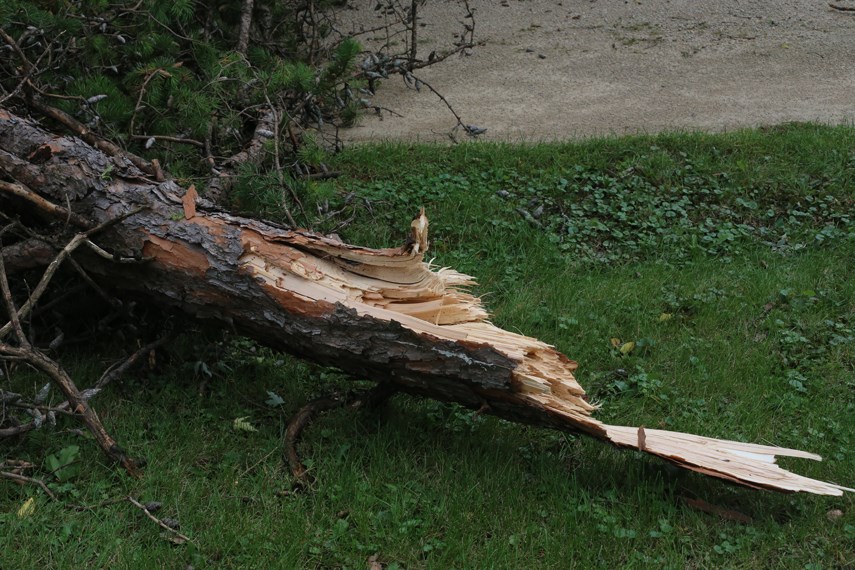 If a municipal tree falls on a backyard fence, don’t expect the local government to pick up the tab.

The Civil Resolution Tribunal has ruled against a North Vancouver resident who sought to have the District of North Vancouver pay for her damaged fence and gutters after a dead tree on district-owned land came crashing down, damaging her property.

On July 25, 2019, a tree on a district-owned greenbelt fell into the yard of Linda Acosta, according to the recently released ruling from the tribunal. Acosta requested the district come clean up the mess and inspect other trees nearby but did not request compensation at that time.

The district sent an arborist who found five or six trees nearby that were either dead or dying, and assigned them as “Priority 3” for removal, tribunal documents show. On Sept. 9, the district hired contractors to remove the trees, but less than a week later and before the work was done, one of the identified trees fell, damaging Acosta’s fence and gutters.

In its written submissions to the tribunal, the district argued it was not liable because local governments, legally, do not owe the same duty of care in situations that arise from policy decisions – in this case, council’s policy on removing hazard trees.

Acosta argued that the tree hazard rating policy was unreasonable because it does not account for weather changes that may increase the hazard level. The first tree to fall did so on a calm day, she noted, while the second was during a blustery evening.

Tribunal member Kristin Gardner agreed partially with Acosta and found the decision to label the trees as Priority 3 was an operational one by the arborist, not a policy one by council, meaning the district did owe Acosta a duty of care.

But Gardiner continued that Acosta did not provide any evidence that the district had been negligent.

“While Ms. Acosta submits that the district arborist should have rated the trees’ hazard priority as P2, she did not provide any evidence that the arborist incorrectly rated the trees as P3. I cannot presume a failure to meet the relevant standard of care from the fact that one of the trees fell before it could be removed,” Gardiner wrote.

The district also argued its contractors would have been prohibited by the Wildlife Act from removing the tree between March 1 and August 31, which is bird nesting season. Acosta argued the trees in question had already lost their foliage and were unlikely to have birds nesting. Again, Gardiner sided with the district.

“I find the district must balance the protection of birds with the protection of people and property, and that the decision not to remove P3 trees until after nesting season is a policy decision, subject to the policy defence,” she wrote. “Further, even in the absence of the bird nesting issue, I find that given the district hired contractors on September 9, 2019 to begin tree removal work based on priority level, the District acted in a timely and reasonable manner. In all, I find that Ms. Acosta has not proven that the District breached the standard of care and it was, therefore, not negligent.”