“There is a very large access to justice crisis in Canada in that lower and middle-income people increasingly don’t have access to legal services,” says Nicole Garton, co-founder of the new North Shore Pro Bono Society.
Mar 6, 2019 9:01 AM By: Jessica Thompson 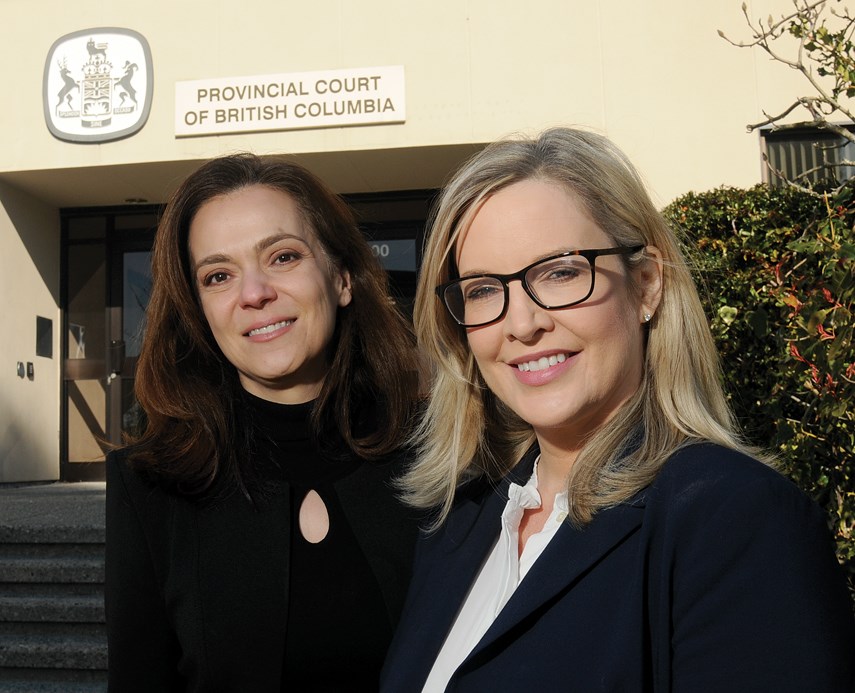 “There is a very large access to justice crisis in Canada in that lower and middle-income people increasingly don’t have access to legal services,” says Nicole Garton, co-founder of the new North Shore Pro Bono Society.

It’s a crisis that hurts the most vulnerable in the community, says Garton, a lawyer for over 20 years.

“This is sort of a small effort to address a larger access to justice challenge.”

When legal problems go unresolved they can create more legal, social, economic and health problems, according to a report by the Family Justice Working Group of the Action Committee on Access to Justice in Civil and Family Matters.

“This is a problem in North and West Vancouver. We live in this extremely expensive place but there are an enormous (number) of people who actually have relatively low incomes,” Garton said.

“We have this illusion we live in this wealthy place when actually, there are a number of people who are really struggling in our community and they are our neighbours,” she added.

Close to 50 per cent of Canadians over the age of 18 will experience at least one civil or family justice problem over any given three-year period and many of those people will seek legal aid, according to the Canadian Forum on Civil Justice.

But when people with low incomes get in trouble with the law, or run into any kind of dispute requiring legal intervention, Legal Aid – the provincial program that provides legal help for those with low incomes – is still difficult to access.

“It’s grossly underfunded and there is also a gendered issue,” Garton said. Because there isn’t enough money to go around for Legal Aid, people who are facing the possibility of jail time get priority over civil cases – like family law issues. “What happens is that women and children are chronically underfunded,” said Garton.

According to Garton, there are close to 25,000 family law cases filed in B.C. provincial and B.C. Supreme courts every year, with 56 per cent involving children.

“Legal Aid programs cover only a small portion of the legal problems families face, and even then Legal Aid is available only to those individuals and families of extremely modest income levels,” said Garton.

Those who don’t receive any Legal Aid support often represent themselves.

The rate of self-representation in family cases in provincial court between 2014 and 2015 was 41 per cent according to Access to Justice BC.

Garton, who has provided around 50 to 75 hours of pro bono work per year, wanted to give community members on the North Shore a formalized service for free legal help “to let people know it isn’t just friends, one-offs or word-of-mouth.”

The North Shore Pro Bono Society plans to offer a family mediation clinic, where they will mediate and draft a full separation agreement for people.

To qualify for this service, families must have a combined gross income of less than $75,000 annually and less than $100,000 equity in assets, excluding pension plans.

“Half of the country has no will,” Garton said. “So it’s a greatly needed service.”

The Pro Bono Society will also offer public education to help people help themselves. Finally, they will offer a training program for mediators.

The services will be mostly free with the exception of some family mediations which will cost $20 per session.

Garton hopes that the services the society provides will help vulnerable residents in North and West Vancouver when they run up against legal issues. But she said it’s just one piece of the puzzle when it comes to systemic problems in the legal system.

“It’s only one piece of a larger change that really needs to happen to truly address the access to justice challenges,” Garton said. “There’s going to have to be fundamental systemic change and the justice system needs to be more user-friendly and simplified and there needs to be adequate public funding, which there isn’t.”

Currently, the pro bono team consists of just Garton and Jenab, but Garton said she is adding already adding names of other lawyers to that list.

Anyone who wants to know more can check out the society’s website at northshoreprobono.ca.