The number of people experiencing homelessness on the North Shore has gone up by 21 per cent, according to the latest Metro Vancouver Homeless Count. But workers on the frontlines say there is a more complex story beneath the surface.
Aug 6, 2020 12:01 PM By: Brent Richter 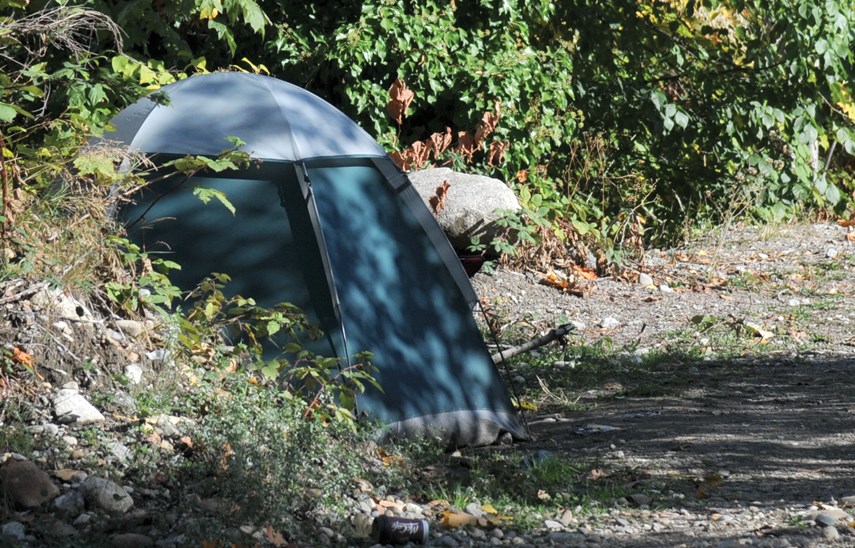 The number of people experiencing homelessness on the North Shore has gone up by 21 per cent, according to the latest Metro Vancouver Homeless Count. But workers on the frontlines say there is a more complex story beneath the surface.

The BC Non-Profit Housing Association released their preliminary numbers from the tri-annual count on Wednesday. While homelessness stayed roughly stable regionally at 3,634, on the North Shore, volunteers found 121 people with no fixed address – 21 more than the last count in 2017.

Every three years, the count is conducted by sending volunteers out to shelters, service providers and known hang-outs to get a “snapshot” of the homeless population along with demographic information to help identify trends. This year’s count occurred between March 3 and 4.

That methodology, however, invariably results in people not being counted simply because they didn’t want to participate in the survey or because volunteers didn’t happen by them in the 24-hour period. More detailed numbers will be released later in the fall.

Eguchi said she has seen renewed efforts from the North Shore’s municipalities in dealing with homelessness, including a more compassionate approach from police and bylaw officers. And she believes affordable housing units are on their way.

“That’s a complicated, multi-year process. We're not seeing that direct result quite yet but we're hopeful,” she said.

But Eguchi said any gains that have been made have been matched with more demand for services from a steady stream of new people facing homelessness for the first time.

“We’re looking at a one per cent vacancy rate,” she said. “It's a major crisis here. Because there is no housing, there's no vacancy, the rents are very high.”

And the worst may be yet to come, Eguchi added. The count was conducted just days before the pandemic reached B.C. Since then, the provincial government has put a temporary ban on evictions and worked out a program allowing people who have lost their income to pay their missed rents over time. But with so many people paying more than 30 per cent of their income for shelter, Eguchi fears there is a wave of evictions coming.

“People's rents all of a sudden, overnight, are going to increase by 30 per cent with the repayment plan. Some people are going to have to pay now 60 or 70 per cent of their income on rent,” she said. “I think it's the tip of the iceberg in terms COVID’s effect on homelessness. We haven't really seen it yet.”

North Vancouver-Lonsdale MLA Bowinn Ma said she has personally been pounding the pavement trying to find suitable sites for supportive housing on the North Shore. The difficulty is finding a partner willing to put up the land.

To help people find shelter during the pandemic, BC Housing has put up funding to house 20 people in hotel rooms on the North Shore, Ma added.

Ma said she believes most people have been able to make rent, but she also has been personally dealing with constituents facing eviction for the first time.

“There absolutely is a percentage of renters who have been unable to meet their rental obligations during COVID-19 and I do worry about them very much,” she said.

BC is the only province to have offered a provincial rent subsidy during the pandemic, she added.

North Shore residents who find themselves on the brink of eviction or having their utilities cut off should look into interest-free loans available through the Harvest Project’s North Shore Rent Bank, Ma said, and BC Hydro has a relief plan in place as well.