No plans yet to reopen parks on North Shore

Cypress, Seymour and many other popular provincial parks near Metro Vancouver are not on the list for reopening
May 6, 2020 6:57 PM By: Jane Seyd 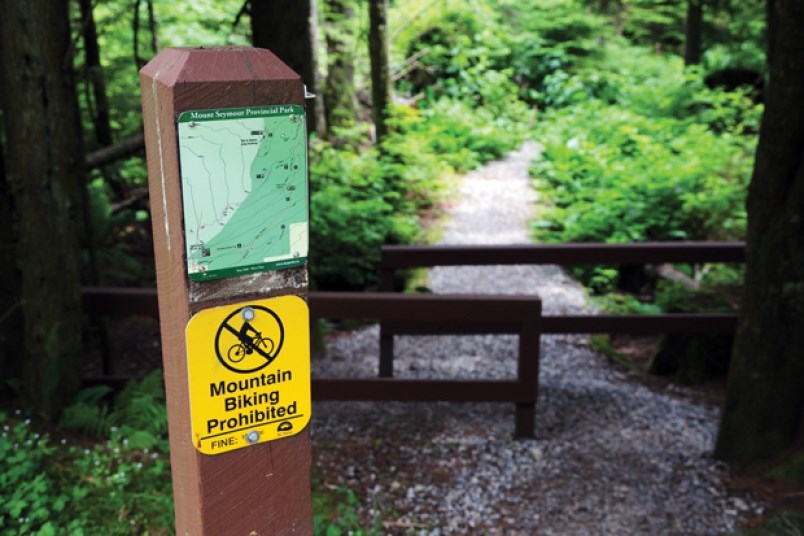 For anyone on the North Shore itching to get outside and back on to local trails, there’s good news and there’s bad news.

The good news: B.C. Premier John Horgan announced Wednesday that provincial parks will reopen for day use starting May 14.

The bad news: Cypress and Seymour, the two provincial parks on the North Shore, are not among those scheduled for reopening. And neither are many other popular parks close to the Lower Mainland, including Joffre Lakes, Garibaldi, Golden Ears, Chilliwack Lake, Porteau Cove, Brandywine Falls and the Stawamus Chief.

"I'm extremely disappointed," said North Vancouver resident Monika Bittel, a parks advocate and member of the Federation of Mountain Clubs of B.C. " I'm just sitting here trying to figure out what people in the Lower Mainland are supposed to do. We’re not supposed to be travelling. We’re supposed to stay close to home. And yet every one of our parks that’s close to home is closed.”

The province announced Wednesday that most provincial parks and recreation sites will open next week, with access to beaches, trails, picnic areas and washrooms.

On the BC Parks website, however, information posted indicated that some of the largest and most popular parks, particularly those on the south coast and in the Interior,will not reopen in mid-May. A ministry spokesman confirmed that the information was correct.

Jones said in general he welcomes the idea of provincial parks reopening. “Especially with some of the good weather that’s going to come up,” he said. “People want to be outside and spread out.”

But he added, “It’s really confusing because they made it sound like everything was open. And then when you look at the list on the website, it's like, all the important ones are closed,” he said.

“The message was pretty clear: you can start to go to parks. But also we don't want you to travel far. So I think that people are going to have a bit of a hard time knowing what to do here.”

People on the North Shore hoping to go farther afield than their own neighbourhoods are likely to be disappointed, he said. “It means for a lot of people the parks aren’t really open yet.”

In its press statement, the Ministry of Environment warned, “Some parks will remain closed due to potential challenges with high numbers of anticipated visitors.”

In a statement sent to the North Shore News, the ministry added, "The remaining parks that attract the largest crowds could be opened as appropriate throughout the summer, when we can ensure the safety of visitors and staff and the protection of the environment."

Bittel said the issue appears to be a lack of BC Parks staff to deal with potential numbers of visitors and ensure crowds aren’t gathering. She added she hopes a compromise can be worked out that will allow some of the larger parks close to the Lower Mainland to be opened, even if others remain closed.

“We have got to find a way to manage allowing people to get into nearby parks like Cypress and Seymour. And Garibaldi,” she said.

The Ministry of Environment did not immediately respond to questions about whether there is any potential date for the reopening of North Shore parks.

According to the province, some parks will reopen to camping June 1, although there may be limits placed on the number of people allowed in campgrounds. Camping reservations are expected to be back online May 25.

Jones said one potential problem he sees is aligning B.C.’s camping policy with Alberta’s, where campsites will reopen this month, but at 50 per cent capacity and a ban on out-of-province campers.

“I think they should think about making that go both ways,” he said.

Jones said one concern is that many Alberta campers who have their reservations cancelled in their own province will want to head over to B.C. parks to camp, thereby increasing travel and possibly bumping locals out of potential campsites.

Recently, parks users became hopeful that local parks would soon reopen after Dr. Bonnie Henry, the provincial health officer, said there is little risk of contracting the coronavirus while outside, calling that possibility both “negligible” and “infinitesimally small.”

“The risk that somebody who is sick is spreading this virus from coughing or sneezing outside and you walk by them very quickly, even if it is within six feet, is negligible. That’s not the way this virus is mostly transmitted,” said Henry.