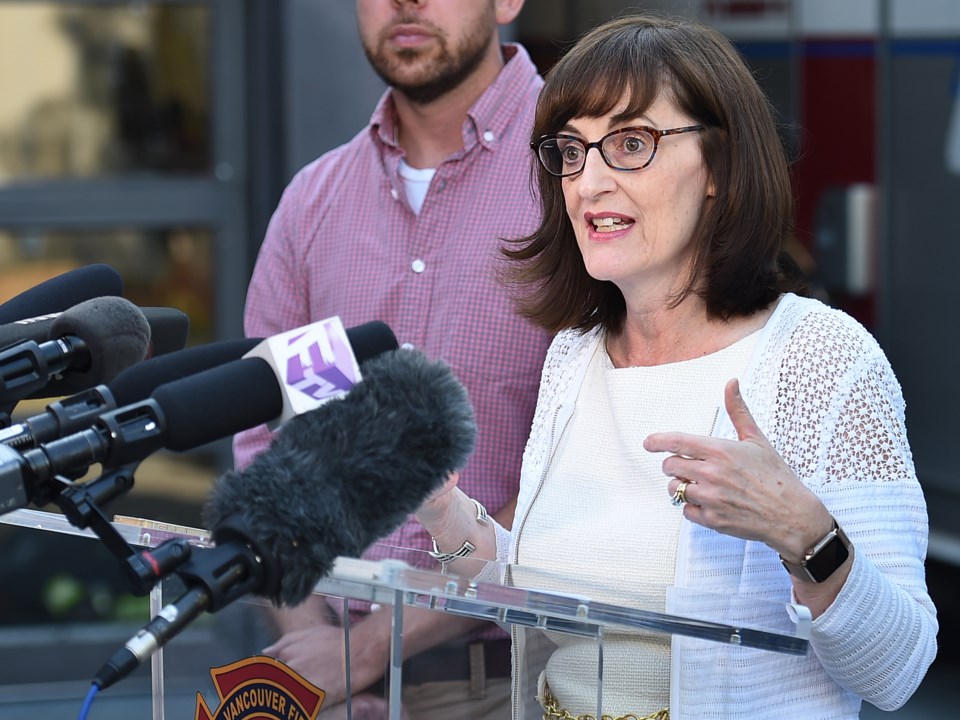 As horrific as a heart attack may be, there’s a linear health care approach to see the experience through from the initial incident, to outpatient care and recovery.

But when you replace the words “heart attack” with “drug overdose,” the same methods don’t apply.

That’s because until very recently, no such system existed. There was little continuity or information exchange between a psychiatrist, counsellor or care facility to track an overdose patient’s path towards recovery.

The newly established Regional Addictions Program has been set up specifically to do just that. The program represents a partnership between Vancouver Coastal Health (VCH) and Providence Health Care.

“Historically, we would have a lot of our clinics where you’d have doctors who provided care for people with addictions, we’ve run detox facilities and those services were not well integrated — we didn’t follow people,” VCH chief medical health officer Dr. Patricia Daly told the Courier.

The addictions program is still in its infancy, though Daly laid out its origins and its structure.

As with all plans, the program starts with money. Provincial and federal funds flowing into VCH are helping train more people who can prescribe methadone or Suboxone, and outreach teams are forming to track people across the spectrum of care.

An example of that outreach work was unveiled earlier this month. Vancouver firefighters are partnering with VCH outreach teams to make house calls to those who’ve recently overdosed in the hopes of then connecting those people with support services and treatment.

In one week alone, the team contacted 22 patients who recently overdosed, 21 of whom consented to an introduction to VCH’s Overdose Outreach Team.

“The people who are responding to overdoses know that that’s not the time to be able to convince someone they could go on treatment,” Daly said. “But if we can contact them within the days afterwards, we might be more successful.”

The really heavy lifting for the addictions program comes by way of data and information collection, along with trying to align the myriad of service providers into one integrated system of care. It’s a big ask, given that many treatment providers operate outside the health authority’s jurisdiction and oversight.

Some of those treatment options aren’t based on best practices or scientific consensus, and instead focus on faith-based models of care or complete abstinence.

“If you were someone let’s say, who had a child who had an addiction and you Googled ‘Where can I get care?’ what might come up on your screen is a lot of private residential care facilities, recovery homes that don’t have oversight from the health authority necessarily,” Daly said.

Getting to the addictions program’s launch is more than five years in the making and dates back to 2013, when consultation began around VCH’s “Second Generation Strategy" for the Downtown Eastside. The plan called for a restructuring of services in the impoverished neighbourhood and stressed the need for integrated care at DTES health centres.

Almost three years to the day from fentanyl’s discovery in Vancouver, the BC Coroners Service convened a death review panel to review drug overdose deaths and the circumstances leading to those overdose cases.

The panel released its findings in April 2018.

“There is a need to eliminate silos, ensure standards are in place, ensure governance and accountability, evidence-based treatment, and that program   outcomes are provincially evaluated and monitored,” the report said.

Fast forward to late July, when Daly delivered her annual report on the opioid crisis.

“At a time when they are most vulnerable, people with addictions and their families must navigate a complex and fragmented system of care that includes programs that may not make use of evidence-based treatment or employ best practices,” Daly wrote in her report issued July 26.

Daly explained the lag in service delivery and integration is largely because the field of addictions care is relatively new; training doctors and others in the field takes time.

“If you said to me, how’s the system doing at managing people with opioid addiction, how many have you gotten on methadone or Suboxone, how many are alive? … we haven’t tracked that very well, so we can’t give you those kind of metrics,” Daly said.

So what’s the ideal outcome here? Where does Daly see the program in September 2020?

For starters, Daly wants more people in treatment and indicators around their progress through treatment. She wants hard numbers on how many beds are being provided for specific programs and how the overdose numbers are being managed.

Like many others, Daly also advocates for a regulated, clean supply of drugs for chronic users.

“We’ve also come to recognize that this is a chronic relapsing condition,” she said. “We need to track people over time if we’re going to reduce their risk for overdose and be able to monitor the quality of our program.”