West Vancouver’s endangered Ron Thom masterpiece, the Forrest-Baker House, may have found its savior.
Apr 12, 2020 6:00 AM By: Brent Richter 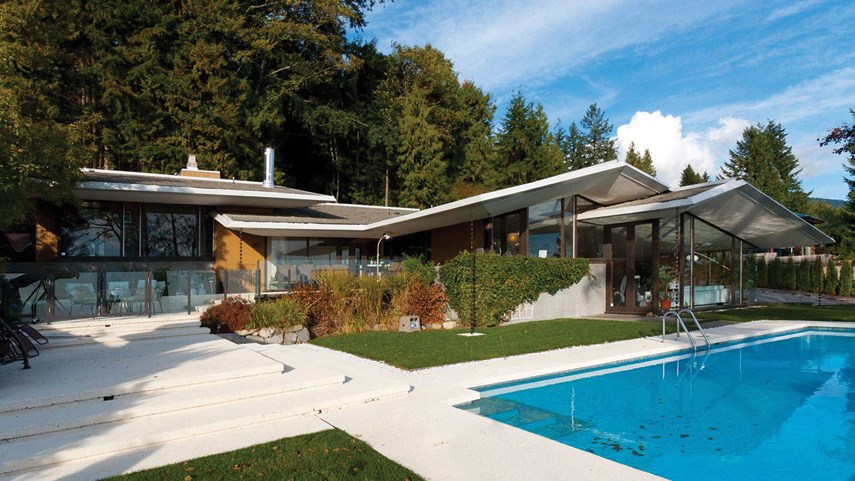 The 1962 icon of West Coast Modernism on Eyremont Drive was facing demolition as the owner planned to bulldoze it to make room for a mansion on the site.

But a North Vancouver developer with a specialty in saving heritage homes has agreed to purchase the award-winning home and give it permanent protection, subject to successful negotiations with District of West Vancouver council.

“I’m very passionate about heritage,” said Ryan Deakin, president of Havaal Real Estate Group. “I fully intend to enter into [a heritage revitalization agreement] and I commend council and staff for working with me. I'm optimistic that they'll use the tools at their disposal to enter into an HRA with me and we’ll save it.”

In March, District of West Vancouver council came within one vote of enforcing heritage protection on the home against the owner’s wishes but they stopped short, offering the owner one last chance to come to the table and negotiate a HRA. Typically that entails an owner restoring and giving legal protection to a heritage asset in exchange for subdivision of its lot or extra density elsewhere.

Deakin couldn’t say what exactly that agreement would look like in the case of the Forrest-Baker House.

“All options are on the table. We will be creative to find the most suitable path to saving it,” he said.

Ron Thom and Dick Mann won the 1964 Massey Medal for architecture for the home. It is considered a “primary” heritage resource in the district’s survey of architecturally significant buildings. It is also considered one of the finest examples of West Coast Modernism, an architecture and design movement that emphasized blending in with the environment rather than dominating it.

“The topography of the sloped site determined the layout of this low, rambling one-storey structure. The low-pitched gable roofs are set at the same angle as the slope of the land, with the eaves flared to allow additional sunline without disturbing the sense of shelter they provide,” the district’s statement of architectural significance read.

In 2018, Deakin shared in the District of North Vancouver’s community heritage award for restoration of a residence for his home, the Green Gables House on West Windsor Road. Deakin pledged to go “above and beyond” for the Forrest residence because he would like to live in it with his family when it is done.

“It's just such a significant example of (Thom’s) work,” he said, drawing attention to the butt joint windows and angular roof lines. “Everything about that house just to me is perfect. It just needs some TLC. It needs to be brought back completely to its original glory.”

Deakin said he is also open to making the house available for scholarly research, something that is a high priority for the Binning Heritage Society, which has led the fight to save the home.

“You can imagine my optimism and how happy I am that the Forrest House has a signed purchase contract into ‘safe hands’ and in so doing has the chance to evolve the heritage laws in West Vancouver,” said Kathleen Staples, founder of the Binning Heritage Society.

“This house is a valued and beautiful piece of West Van’s heritage and identity, and council has taken some bold steps to save it from demolition,” she said “We look forward to working with him to save this award-winning house.”

Letter: Thank you to all health staff caring for North Shore's elderly during COVID
Apr 19, 2021 8:05 AM
Comments