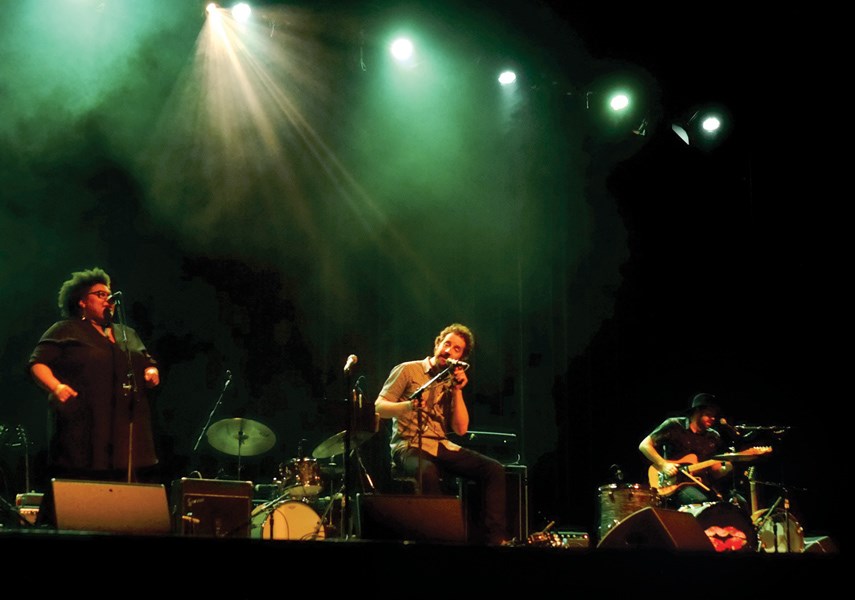 It’s got a new name, new date, new artists, new liquor licence and a new home base, all of which have given organizers new hope that a music festival in the North Vancouver Shipyards District is on its way to becoming one of the North Shore’s signature events.

The Shipyards Festival will run Saturday, Sept. 28 with free live music and entertainment for all ages spread out over three stages. Headlining the show in the newly opened Shipyard Commons space will be the Harpoonist & the Axe Murderer, a local blues duo known for blowing audiences away with their powerful live performances. Other featured performers include the Boom Booms, Mike Edel, John Welsh & Los Valientes, Kutapira, Sleepy Gonzales, and North Shore treasure Adam Woodall.

This year’s show builds on the inaugural Shipped Festival, which hit the North Vancouver waterfront in August of 2018. Organizers say this year’s move to late September will be the timeframe for all future festivals, with the fall being a perfect time to heat up the new open-air, covered space in the Shipyard Commons.

“We truly believe this will become the signature event for the North Shore in the years to come,” said event organizer Greg Holmes, the executive director of the Lower Lonsdale Business Improvement Area. “The fact that it’s covered yet open at the sides and glass all around, it gives you the feeling as though you are on the waterfront outdoors and yet you are protected from the elements. What better place to listen to some great bands, have a few cocktails and have a good time?”

The event will include a main stage in Shipyard Commons, a second stage in Shipbuilders’ Square, and a Family Zone in the fountain plaza next to Lonsdale Quay. The main stage area will also feature something new that regular patrons of the Shipyards Friday Night Market will appreciate: a site-wide liquor licence.

“Mom and dad can actually have a beer and be with their children rather than being stuck in a corral watching them get their face painted,” said Holmes with a laugh.

There were an estimated 10,000 people who took in last year’s festival, said Holmes, adding that with an increased footprint for this year they are expecting that number could double.

“What we learned [last year] is that there’s a huge, pent-up demand on the North Shore for more celebrations to take place,” he said. “We did our own surveys and most of the people that attended last year were from the North Shore. Anything we can do to give people more of an excuse not to leave the North Shore but to celebrate in their own community with their own neighbours is a good thing.”

The bands will be great, said Holmes, but the festival’s prime waterfront location will also be a star of the show.

“To be able to celebrate, listen to bands while you’re looking back at the city, on the water to one side, mountains to the other in  a compact yet intimate environment, I don’t think you can find that anywhere in Western Canada,” he said. “I think it’s a special location and we’re going to put on a special event.”