Metro Vancouver has issued an air quality advisory for eastern Metro Vancouver and the Fraser Valley due to pollution.
Jul 31, 2020 10:00 AM By: Kirsten Clarke 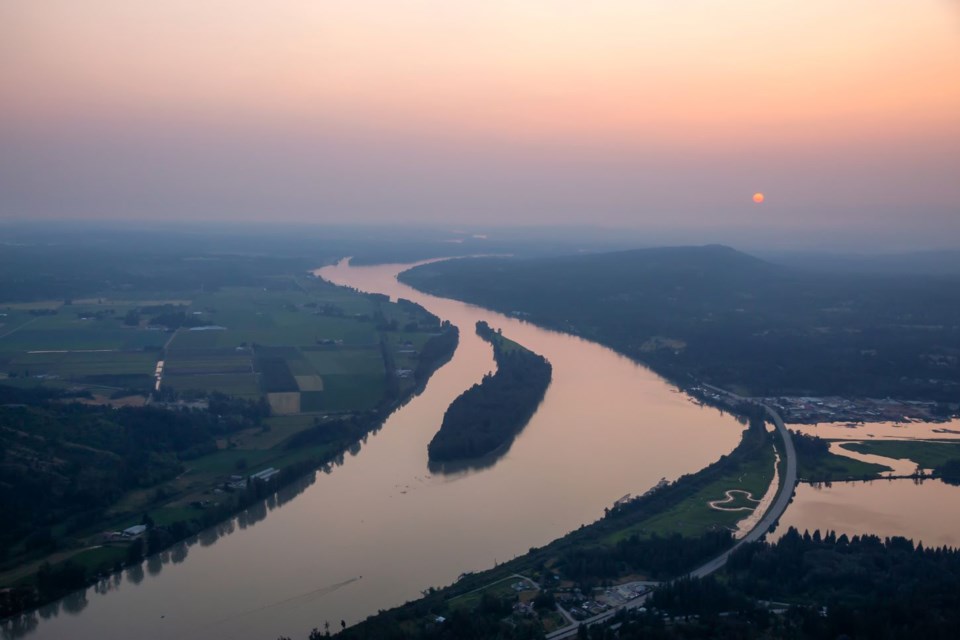 Smoky skies over the Fraser River due to wildfires. British Columbians can now sign up to receive air quality alerts by text.Getty Images

In a news release, the regional body warns that Thursday’s hot and sunny weather caused increased levels of ground-level ozone, which are expected to persist until Friday.

Ground-level ozone is produced when pollutants emitted from burning fuels, and volatile organic compounds react in the air in sunlight.

The advisory says to avoid strenuous outdoor activities during mid-afternoon and early evening, when ozone levels are highest – especially if it feels difficult to breathe.

People who are socially marginalized, or those with underlying conditions such as lung or heart disease, chronic obstructive pulmonary disease (COPD), asthma, diabetes or respiratory infections such as COVID-19 may be at higher risk, along with pregnant women, infants and children, and outdoor workers.

The advisory says it’s important to stay cool and hydrated, and that indoor spaces with air conditioning may provide relief from the heat and air pollution.

Anyone who is experiencing symptoms such as chest discomfort, shortness of breath, coughing or wheezing, should seek medical attention.