Ma's declared win in North Vancouver-Lonsdale a landslide for NDP

This story has been updated. North Vancouver-Lonsdale NDP incumbent Bowinn Ma has held her seat in the 2020 provincial election and will join her party in forming a majority government under John Horgan.
Oct 24, 2020 10:22 PM By: Brent Richter 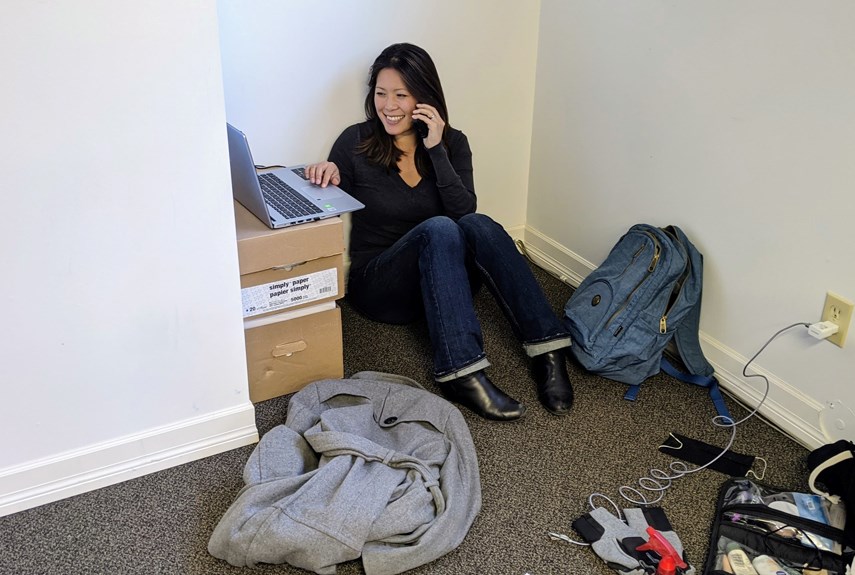 This story has been updated.

North Vancouver-Lonsdale NDP incumbent Bowinn Ma has held her seat in the 2020 provincial election and will join her party in forming a majority government under John Horgan.

As the individual polling station results came in over the night, Ma’s share of the popular vote never fell below 55 per cent.

“It's an enormously humbling honour to have been able to receive so much support from residents in North Vancouver-Lonsdale,” Ma said in an interview on Monday.

As an engineer, Ma was guarded against accepting the results until they were declared final – but she said, it’s unlikely anything will change the outcome now.

“We've worked really hard for people in North Vancouver-Lonsdale and, actually the entire North Shore, over the last three and a half years. It was my hope that residents would recognize the benefit that the BC NDP has brought to the North Shore and choose to re-elect us,” she said.

Of the riding’s 45,108 registered voters, 10,471 locked in their choice at advance polls. Another 10,577 were issued mail-in ballots, although it won’t be known for several days how many of those were filled out and mailed or dropped off by the deadline.

Mail-in ballots won't be counted for another two weeks but they are unlikely to change the final results for North Vancouver-Lonsdale.

“It turns out, actually, our internal polling and external polling does show the mail-in ballots are expected to be heavily skewed in our favour,” Ma said.

Ma watched the results come in from BC NDP headquarters in Vancouver with a few NDP candidates before returning to the North Shore to rejoin her campaign team, who Ma said she owes big thanks to. They were out Sunday morning collecting election signs.

Ma said one of her first orders of business once she’s sworn in will be to relaunch her popular COVID-19 response website, which lays out public health information and support services available related to the pandemic. She’ll also be getting in touch with newly elected MLAs to help them get oriented to the job, including her new colleagues on the North Shore.

Despite more than half of the ballots counted and Ma holding a lead by landslide numbers, Ma didn’t want to speculate about whether the riding was becoming a safe seat for the NDP.

“Votes are not owned, they're earned. And I will continue to work hard every single day for as long as I have the honour of serving North Vancouver-Lonsdale to deserve their support.

Ma also wouldn't speculate as to whether she’ll be joining government as a cabinet minister when Horgan chooses his team.

It was an odd campaign, she said, in that her party did not engage in door knocking and there were very few all-candidates meetings (and those were all done online). The one and only time she’s met her Liberal opponent was by chance on the street, early in the campaign.

“Campaigns are normally very, very social. Politics is absolutely a team sport. And doing all of these campaign activities from separate homes and not being able to gather … it’s far more challenging to feed off each other's energy, even on the Zoom call,” she said.

Ma said her campaign received a lot of warm support on the street, including from people who pledged to vote for her despite years of supporting the Liberals.

Earlier in the night, Ma said, regardless of the final vote count, she is pleased how the local candidates conducted themselves.

“I think that most residents can be very proud of how focused all the candidates were on issues here in North Vancouver-Lonsdale. The same might not be able to be said across the province.”