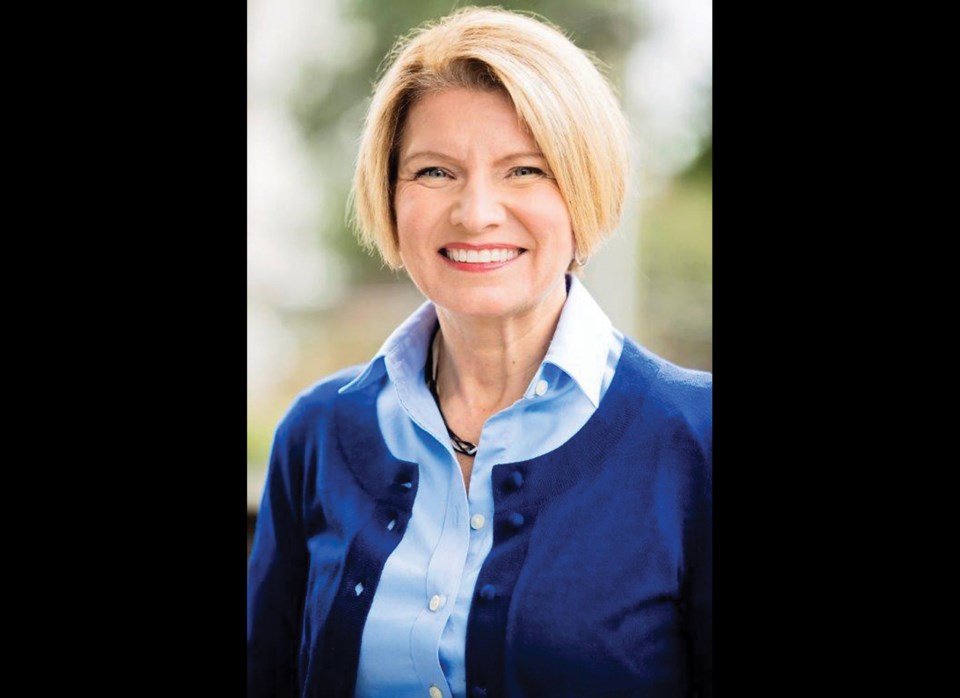 Booth announced her candidacy Friday afternoon and identified housing as her top priority.

“I think our community is being hollowed out,” she said, listing professionals who can’t afford to live in West Vancouver including doctors, lawyers, police officers, firefighters and teachers.

“What we used to have isn’t possible anymore,” she said.

While lands costs are too high to house low-income workers like baristas, Booth suggested targeting developments for middle-class residents. She also said she’d advocate for developers to offer units to locals first, specifying that locals should include people who live elsewhere but work in West Vancouver.

While her voting record is similar to that of West Vancouver Mayor Michael Smith, Booth said she may have, “some skills that Mike doesn’t have,” including collaborate problem solving and interpersonal skills.

Booth cited her work as a school trustee as evidence of her ability to handle a difficult situation, noting she dealt with board dysfunction, labour issues and the issue of losing students to private schools.

On council, Booth cast a critical vote in approving the Marine Drive land area plan in 2017. The plan – which provides framework for highrise and midrise development in the corridor – is a necessary step given the growing divide between rich and poor in West Vancouver, according to Booth, who said at the time that the district was in danger of becoming a ghost town or a resort town, “where only rich, international buyers can afford to buy.”

Booth was part of a 6-1 majority that voted in favour of a 6.87 property tax hike in 2016, arguing the district’s practice of using capital funds to pay operating costs was essentially robbing Peter to pay Paul.

Booth defended West Vancouver council’s 2017 decision to vote themselves a 15 per cent raise, suggesting the annual salary of $38,934 would help attract a greater cross section of candidates, including single mothers and young people.

“It’s shouldn’t be a financial test as to whether you can run for council,” she said at the time.

Booth is slated to kick off her candidacy May 1 with an event at the Kay Meek centre.

Smith has yet to announce his plans.