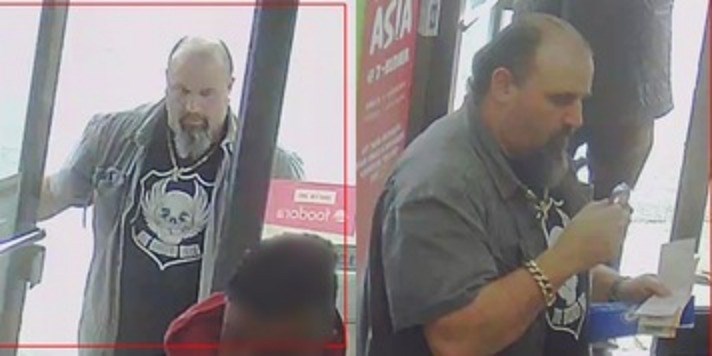 Vancouver Police announced Thursday that a 50-year-old Vancouver man has been charged with one count of assault in a physical confrontation with an elderly man that took place earlier this year.

Jamie Allen Bezanson faces the charge for his role in the assault that took place March 13. The victim was a 92-year-old Asian man.

The victim, who suffers from severe dementia, had wandered into an East Vancouver convenience store when he was confronted by a suspect "yelling racist remarks at the victim that included comments about COVID-19."

Staff at the store, located near Nanaimo Street and East 1st Avenue, had been trying to help the man when the suspect - now identified as Bezanson - launched his tirade.

Surveillance video from the store shared by the VPD showed the suspect grabbing the victim and tossing him outside the door of the store, where the elderly man immediately fell to the ground and hit his head. Two customers arrived at the store at the same time, and were seen in the footage stepping over the elderly victim and past the suspect as they entered the business.

The suspect then returned to the victim's side to sit him upright on the sidewalk, before re-entering the store to complete his transaction.

Within a day of release footage of the attack, the VPD announced they had identified a suspect. Police added they had investigated the case as a hate-motivated crime.

Bezanson 's next court appearance is scheduled for August 10 at 9 a.m. at the Vancouver Provincial Court.

The VPD says it has no further information to provide, as this matter is now before the courts.