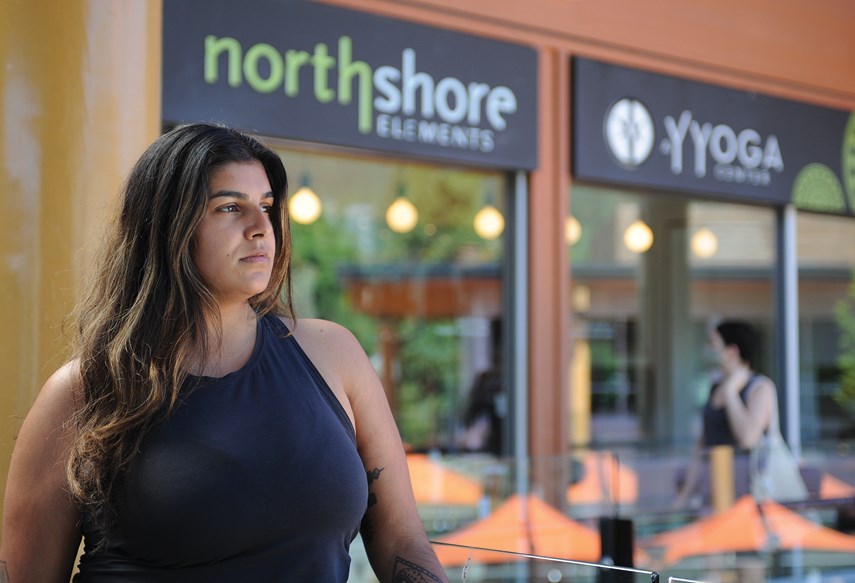 One of Lynn Valley Village’s anchor tenants is about to say their final Namaste and another longtime business owner is warning it’s just the beginning of an exodus for the civic-owned plaza.

YYoga Northshore Elements, which was one of the first businesses to open up shop in the complex 12 years ago, has told its members they will be closing permanently on July 8, putting the blame on their landlord – the District of North Vancouver. Other business owners who have struggled through the COVID-19 pandemic, including the owner of Delany’s Coffee House, say the district’s inflexibility raises questions about whether any business can be viable there.

For eight of the last 16 months, YYoga founder Terry McBride was forced to close his studio by provincial health orders, meaning there was no revenue coming in to cover monthly rent, and when it has been OK to open, it’s only been at reduced capacity.

With 12 studios in the same situation, McBride said they had no choice but to seek creditor protection while he sought to restructure the company. That gave them time to permanently shutter some locations and renegotiate with other landlords, which typically resulted in forgiveness of COVID-related arrears.

Federal bankruptcy rules stipulate that creditors, like the District of North Vancouver, must not be given preference over one another, meaning the district’s demand for the entire $100,000 in back rent to be repaid could scuttle the entire restructuring.

“If we have to pay those arrears, we have to pay everyone's arrears. Then we are bankrupt,” McBride said. “Our bankruptcy lawyer explained that to them. Deadpan. No empathy at all.”

For its members, YYoga has been a place of wellness and community building, but it also drew in 100,000 visitors per year into Lynn Valley Village, many of whom would support other businesses in the complex, McBride said.

After negotiations failed, McBride said his best hope is an appeal directly to district council to intervene, which YYoga members are now doing.

“[The district] will lose a rent-paying customer come July. Fifty-plus people are going to lose their jobs. And a couple of thousand people that are members will lose their studio,” he said. “How's that a benefit to the District of North Vancouver? You've just created a loss-loss, where you could have created a win-win.”

“We understand and respect that many tenants in Lynn Valley Village and businesses right across the district have struggled through the COVID-19 pandemic. We have worked to support the business community during this challenging time, by providing rent deferrals and expanded patio space where appropriate,” he said. “We have provided the same support to YYoga that we have offered to other tenants, and offered a settlement that we believe is fair and equitable while also respecting our obligations to taxpayers. It’s important to note that YYoga refused our offer, which was to pay their rent arrears by July 2025. Unfortunately, they decided to cancel their lease effective July 17, 2021.”

Robin Delany, who debuted the Lynn Valley Village location of his family-owned coffee shop not long after the complex opened, described the district as a “very, very difficult,” landlord, noting that the only concession businesses were offered during COVID-19 was deferring their usual rent into later months.

“I said ‘There's a million other things you guys can do.’ And they chose to do nothing,” he said.

Even with businesses gradually moving back to full capacity, they are by no means out of the woods and it’s doubtful any of them would be able to fully pay back the district, Delany said.

“Our business has never been as bad as it was since the pandemic started. It's really been dramatic,” he said.

And every time a business leaves, things will get harder for the remaining ones, because they rely so much on each other to attract customers.

“My best wishes are that [the district] starts to act like a responsible commercial landlord and do what it takes to attract good tenants,” he said.

A sign on the door of Nourish Market says they’re closed for renovations but Delany said they won’t be reopening with the same owner. And Van Pet will be moving into the revamped Lynn Valley Centre.

“There's at least one other tenant that I know that is going to leave and if all this comes to fruition, unfortunately, Delany’s will be leaving as well. It's pretty bad,” he said. “It's not a healthy look. Lynn Valley Village is the soul of Lynn Valley. It is such a great place for families.”