Boutique shops, a brewery, a hotel, and waterfront activation are all on the lists of wants for a revamped Ambleside – just imagine.
Feb 1, 2021 10:31 AM By: Elisia Seeber, Local Journalism Initiative Reporter 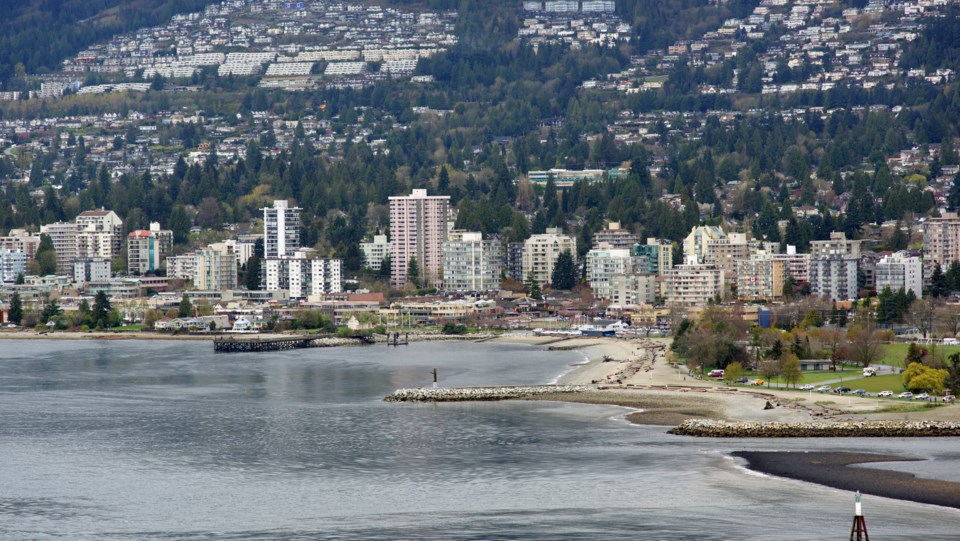 That's just a snapshot of the results of an ADBIA survey created to give community members a chance to voice their wants, concerns, and vision for the future of the seaside village bound for revitilization.

More than 1,000 residents took the time to share their thoughts in the Imagine Ambleside survey, conducted between September and December 2020, to build a community vision for the area in need of a spruce up, which will help guide the District of West Vancouver’s future local area plan.

The ADBIA presented the survey report to district council at its Jan. 25 meeting, and, while it’s very early days, Mayor Mary-Ann Booth and councillors were supportive on setting the wheels in motion to making the village a more up beat destination.

How to create a more vibrant Ambleside

Speaking at the council meeting, O’Brien, and Shannon Walker, the association’s chair, highlighted three priorities to making the vision a reality.

“When we first asked people about what they love about Ambleside, 70 per cent responded that the waterfront was their favourite aspect. This isn't a surprise, we have the most beautiful waterfront in the lower mainland, if not, Canada, but only 27 per cent mentioned Ambleside’s businesses as something they liked about the area,” said Walker.

“This signaled to us that our business community and our commercial appeal is in dire need of an upgrade.

“There’s a great quote from the survey that I think captures the goals of it perfectly, ‘to reincarnate without losing our small community charm.’”

Walker said diversity was by far the biggest priority to emerge from the survey.

“Ambleside is a very service heavy neighbourhood, and while people appreciate this, they also feel it restricts the ability to offer up more diversified experiences.

In the survey, 33 per cent of respondents specifically called out having too many nail salons, realtors and money exchanges on the retail ground level.

The report highlights people are keen to see quite a few new additions in the revamp, including a wine shop and tasting room, bookstore, artisan ice cream shop, cannabis retailer, art gallery and a kitchen supply store.

She said residents were also calling for more outdoor sidewalk and patio dining and were enthusiastic about adding more bars and a brewery.

“There's also a belief that we don't utilize our waterfront location to create destination restaurants, as well as we could. And then … there was a request for more options that are trendy and casual.”

O’Brien mentioned the idea of a boutique hotel also "got way more support than we actually anticipated."

The second priority that became apparent was charm.

While many of the survey respondents used terms such as “quaint” and “village-like” to highlight the charm they admire in Ambleside, 38 per cent used words like “tired, dirty, old, rundown, and shabby,” to describe its appearance.

“Ambleside still has some of that village feel, and we want to definitely preserve that, but we also need to enhance it because esthetically and vibrancy wise it's lacking right now,” said O’Brien, adding that suggestions included maintenance to building facades, cleaning up laneways and streetscapes, improving lighting, filling empty storefronts and creating wider footpaths.

In terms of locality, the community was in favour of bolstering Ambleside as a beachfront village and showed great support for a day marina (88%) a passenger ferry (66%) and a public area to rent kayaks (76%)

“The options for a smaller passenger ferry was very positively met for inviting tourists to come over and walk and shop,” said O’Brien.

When it came to attracting businesses to the area,  44 per cent of survey respondents agreed Ambleside could benefit from a larger brand anchor, but the general consensus was that big store brands should be limited to one or two, and the focus should be on attracting smaller independent retailers.

To help move forward with their goals the ADBIA asked council to consider approving individual projects based on their own merits and called for the district to expedite the local area plan, in the hope it could be completed this year.

O’Brien also highlighted some “quick fix solutions” that they’d like to see happening prior to the local area plan being released to improve vibrancy faster – including expediting permits for pop-up businesses, allowing commissions for murals on buildings, and creating additional lighting in laneways and streets.

In her year in review, Booth highlighted that once the district’s Horseshoe Bay local area plan was complete, Council would make plans for the equally important Ambleside local area plan, which “may take an abbreviated form to achieve faster results.”

Speaking at council she said she was very excited about the opportunity to work with the ADBIA on the village’s revitalization.

“This is a discussion that's been going on for decades, and it's a complex problem,” she said.

“Just like solving transportation issues, there's no magic bullet. Every High Street in the region has these kinds of struggles, and we're obviously prepared to really take some pretty aggressive steps to ensure that our business community thrives.”