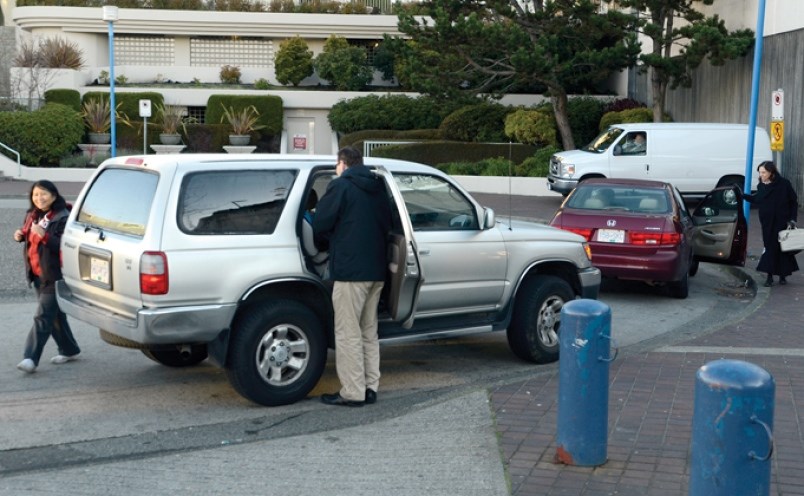 You can still kiss at Chadwick Court, you just can’t drop off.

The temporary relocation is meant to accommodate an approximately $8-million renovation that includes extending bus bays for the Phibbs-to-Park Royal B-Line, a canopy over the fare gates and extensive public art.

TransLink is also planning to install two new large signs with countdown clocks on the east and west entrances.

The changes are designed to let in more natural light and make the terminal more pedestrian friendly, according to TransLink.

The project is scheduled to wrap up in early 2020 at which point Chadwick Court will again serve as the drop-off point, according to TransLink media adviser Lida Paslar.

The City of North Vancouver is chipping in $250,000 for the public art.

The bus loop has about 5,000 boardings per weekday. The SeaBus serves roughly 18,000 transit users daily.

Some bus routes may also be redirected along Carrie Cates Court in late May or early June, according to Paslar.