Things are a bit slow going for the Royal Canadian Legion volunteers seeking donations to the poppy fund this year thanks to the pandemic.
Nov 10, 2020 7:30 AM By: Brent Richter 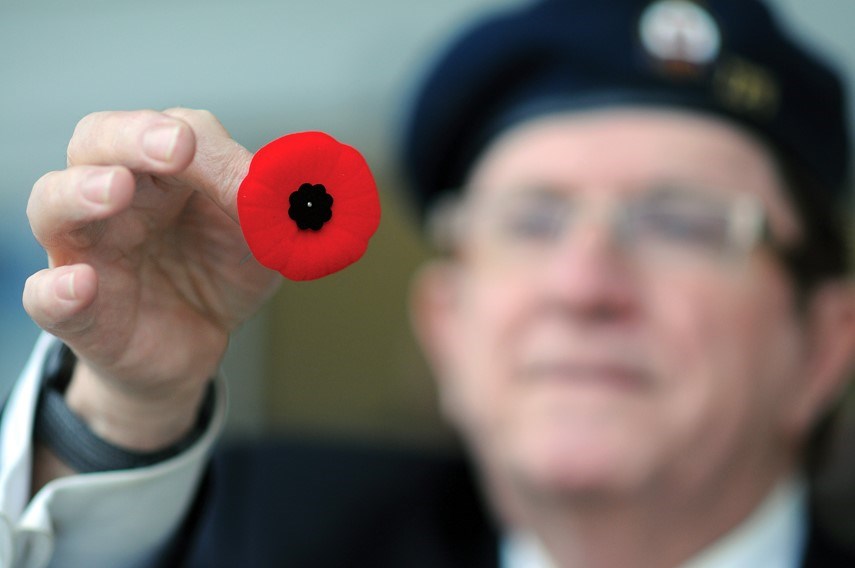 Things are a bit slow going for the Royal Canadian Legion volunteers seeking donations to the poppy fund this year thanks to the pandemic.

“It's not as good as last year with the all the COVID restrictions out there,” said Derek Fry, poppy campaign chairperson for the legion’s Lonsdale branch 118.

The annual Remembrance Day campaign has been shorter this year. Cadets, who are normally a big part of any poppy box campaign, are not participating due to the pandemic and it has been harder to recruit volunteers, Fry added.

“Some people have decided not to go because of their personal concerns, which we respect. This is a whole new ballgame for everybody and we are just trying to work within the provincial guidelines as well as our own guidelines,” he said.

But those who are volunteering are finding a warm reception at least, Fry said.

“The bright sides are people are glad to see us in the numbers that we have out there, which is very few and they're very appreciative that we're out.

“Taggers,” as they are known, must wear masks and gloves and have sanitizer ready.

Any donations received through the poppy campaign are set aside for a trust fund that can only be spent on initiatives that help veterans and their families. Some the 118 legion branch has supported in recent years include the Veterans Transition Program at UBC, which helps vets through post-traumatic stress disorder and to resume civilian life, and a service dog program specifically tailored for veterans’ needs.

The poppy campaign officially ends at midnight on Nov. 11 but Fry said people who want to contribute to the fund can make donations year-round through their local legion.