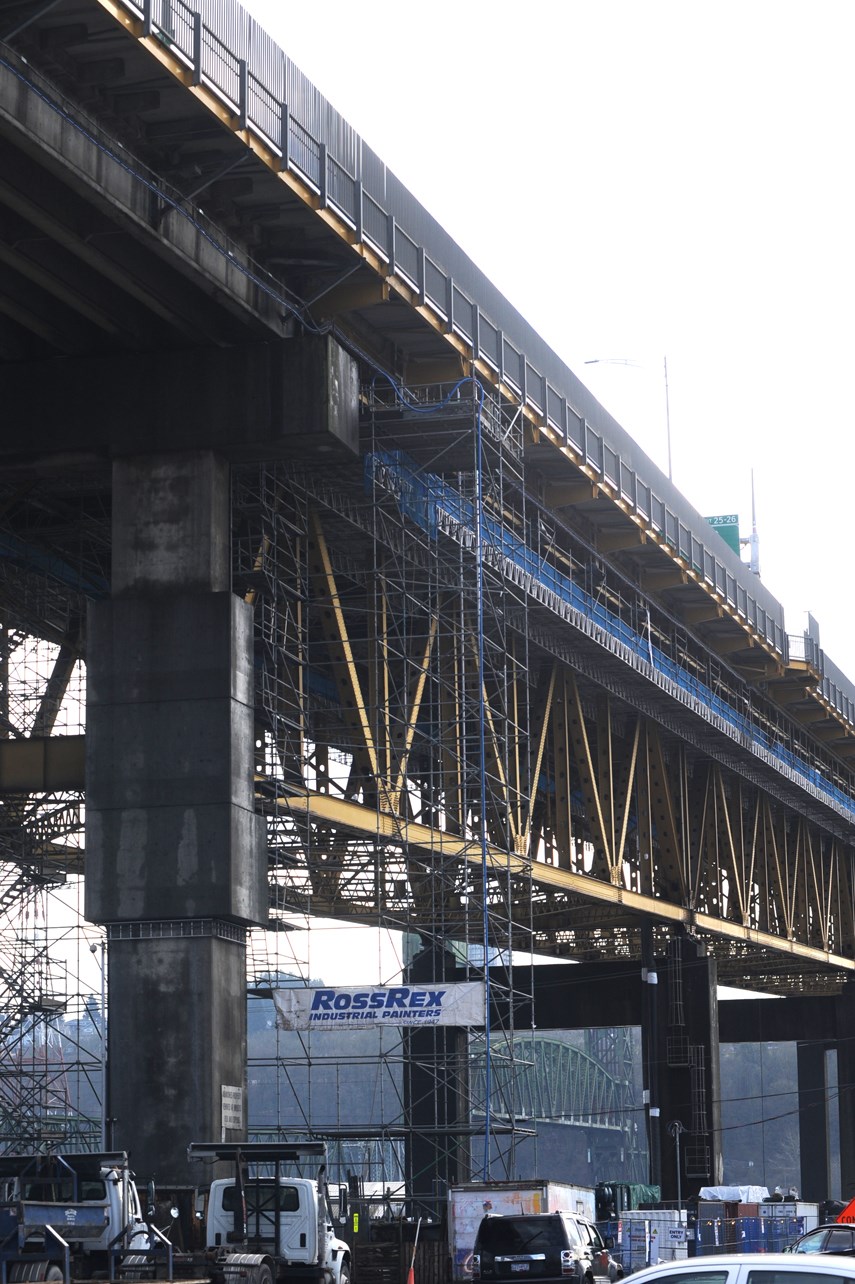 The Ministry of Transportation and Infrastructure contractors have begun work to refurbish, paint and protect the steel beams that hold up the 1957 span.

“It's actually a pretty big job. The contract awarded for this work exceeds $15 million and will take about two years to do. It's important structural maintenance work,” said Bowinn Ma, North Vancouver-Lonsdale NDP MLA and minister of state for infrastructure. “[The beams] are being recoated to protect them from corrosion, which means that they'll also be cleaning up the bird droppings, which, I know, sounds very glamorous. They’ll also be installing some netting to discourage perching and nesting, as well as doing some minor steel repairs, like replacing rivets and bolts.”

Contractors have already built “movable containment scaffolding” that attaches to the bridge and prevents any contaminants from falling into the Second Narrows below.

The work is not expected to impact traffic for commuters on the bridge deck above, Ma said.

The project is meant to ensure the bridge can stand solidly for several more decades before having to be replaced, Ma said.

“[The ministry] anticipates that, with proper maintenance and regular rehabilitation, the Ironworkers bridge has probably up to 45 remaining years of serviceable life in it,” she said.

“Right now, the region is more interested in looking at options for rapid transit than they are for more lanes on those bridges, especially given that our local road networks can't quite handle more volume of traffic,” Ma said. “People on the North Shore want choice.”

“Those kinds of regular-like non-glamorous projects are actually how we ensure that transportation infrastructure works properly for the tens of thousands or hundreds of thousands of people that use it every day,” she said.