"We threw a lot of resources at it but in the end it was a positive outcome with definite lessons learned."
Oct 19, 2020 11:38 AM By: Elisia Seeber 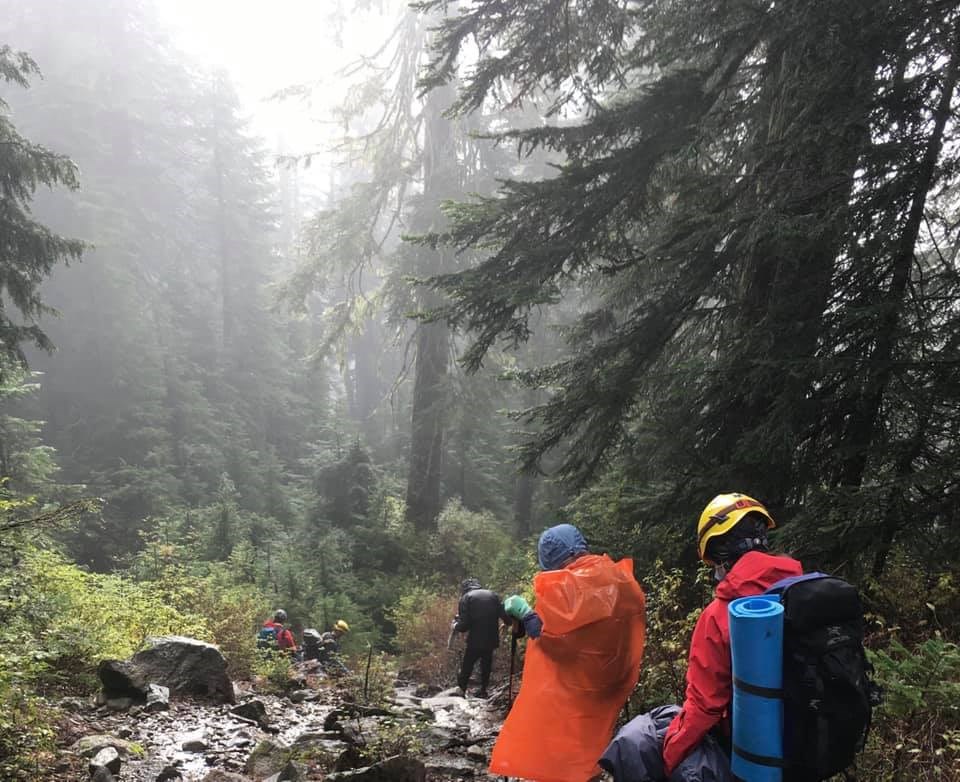 North Shore Rescue is sending a stern reminder to hikers to be prepared for changing mountain conditions coming into the cooler months, after it took a huge volunteer effort to find two missing hikers who spent a cold, wet night on Grouse Mountain over the weekend.

The young couple from Toronto, Anthony Lam and Roya Rasoulian, had set out from Rice Lake in Lynn Headqwaters Regional Park at 12:30 p.m. Saturday to attempt the Hanes Valley to Grouse Mountain trail.

North Shore Rescue team leader Mike Danks said the hikers had chosen a trail that’s rated difficult and often takes 8 to 10 hours to complete, way too late in the day.

“Right off the bat they got caught in darkness not even halfway along the route,” he told North Shore News Monday morning.

He said the search began about 11:30 p.m. Saturday, after a friend contacted police worried the couple hadn’t returned to their bed and breakfast. Having not told their friend their trail plans, Danks said rescue teams were setting off into a huge area with limited information in rainy conditions, making it difficult to pinpoint where the couple may be.

“They really had no idea where they were going,” he said.

“They were very inexperienced hikers and they were not familiar with the area which doesn’t bode well for the hike they attempted at that time of year. Conditions can change very quickly back there.”

Danks said two field teams went out on e-bikes to cover as much terrain as they could Saturday night but had no luck. The search resumed on Sunday with 25 volunteers and two helicopters covering Hanes Valley, Lynn Lake, Goat Mountain, Crown Mountain and Coliseum.

Search teams spotted a makeshift shelter near the Hanes Valley heli-pad, where the couple had spent the night, and they were later found on the Grouse end of the trail near Thunderbird Ridge.

UPDATE: The two hikers have been found alive and well, but very cold and wet. They were located on Grouse near...

After being rescued, the couple told media they had “lost track of time” and decided to stop hiking when they found themselves at the foot of a steep ascent in the dark. They said they managed to stay warm by cuddling and were lucky to have a warm jacket to share and extra socks and towels.

“They were very relieved, exhausted, dehydrated, very wet, all your common things, but again they made it through, and they were very grateful,” Danks said.

Despite a lack of preparedness, Danks said the couple, dressed in denim and street shoes, were “resilient and they pressed on.”

“We’re not in the businesses of criticizing people,” he said. “We threw a lot of resources at it but in the end it was a positive outcome with definite lessons learned for them.”

Some photos from today’s search.

Danks advised hikers to always have a defined trip plan and to stay put if you become lost on a trail. He also reminded hikers to start planning for less daylight hours, cooler temperatures, and ice on the trails.

“People are just naïve to the dangers,” he said. “Once you get a bit more remote in the North Shore Mountains you get into some very technical, serious terrain, that is really easy to get lost on, especially in darkness."

Danks said he wanted thank all the volunteers for their dedication, saying that some of them committed the entire weekend to a training exercise and the search for the missing couple.