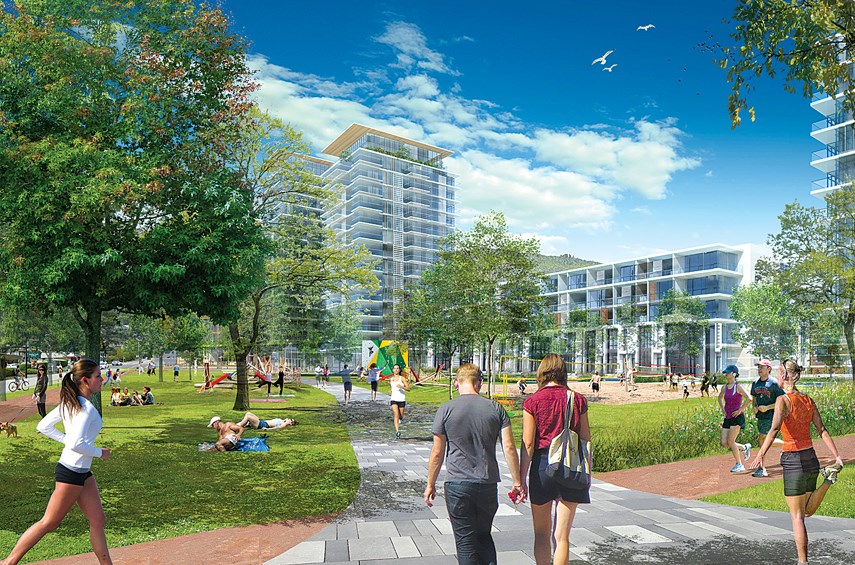 City residents can get their first look at a massive 23rd Street development proposal that could help pay for the new Harry Jerome recreation centre at a Dec. 6 meeting.

If their proposal is approved by council, Darwin Properties would sign a 99-year lease on the land currently occupied by the Harry Jerome rec centre.

The city would use money from that lease to fund the new centre – which has a preliminary price tag of $160 million and would be built across the street. The old rec centre would stay open during construction.

While details on Darwin’s proposal are vague, company president Oliver Webbe said the project will include affordable housing as well as housing for families.

The site is currently zoned for a maximum height of 20 storeys.

“We will be looking for feedback from the community (regarding) the form and character of the building,” Webbe said.

The project also includes an expansion of Crickmay Park, which would span “several acres,” according to Webbe, who said the park would stretch: “the entire length of Lonsdale from 23rd to 21st.”

According to a press release issued by the city, “a public hearing and approval of the rezoning application will take place by summer 2018.”

Council is slated to consider the development proposal as well as the details of the new Harry Jerome rec centre in a parallel process.

While a majority of council has favoured a 217,000-square foot centre that includes a 50-metre pool, Mayor Darrell Mussatto has argued council should “tone it down a bit” and invest in a smaller, less expensive centre. City staff have previously recommended a $130-million, 42,000-square-foot centre.

The city has $14 million earmarked for the centre and the ability to borrow another $43 million.