Grouse Mountain Regional Park is set to receive some upgrades to its well-used trails in the coming years following an announcement of federal funding for infrastructure projects Friday .
Jul 7, 2020 11:43 AM By: Ben Bengtson 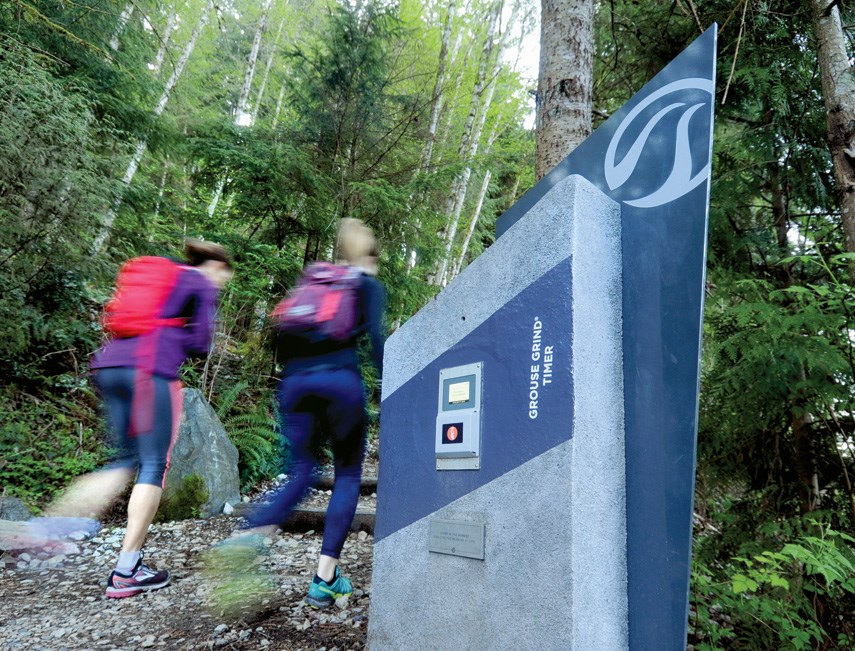 Grouse Mountain Regional Park is set to receive some upgrades to its well-used trails in the coming years following an announcement of federal funding for infrastructure projects Friday.

The federal government is set to contribute $1,390,750 and the province will kick in $1,158,842 to trail and amenity improvements that will impact the Grouse Grind, BCMC and Baden Powell trails, it was announced July 3.

Metro Vancouver will contribute $927,283 to the project.

The almost $3.5-million project will include expanding and improving the staging area at the base of the mountain where people congregate before setting off into the park, according to Jeffrey Fitzpatrick, Metro Vancouver’s division manager of design and development for regional parks.

“The levels of use are so high there. This grant will provide some funding to enlarge that area, improve the signage,” and allow Metro to install water bottle fill-up stations, he said.

Some of the funds are also earmarked for the construction of secondary trailheads that will allow some park users to enter and exit the park from the mountain’s lower parking lot, as well as build a basic storage facility for park rangers to store safety gear.

Three rest stops are also slated to be built on the Grouse Grind Trail in the coming years, said Fitzpatrick.

The rest stops and viewpoints are planned to be built in areas where people already tend to stop along the trail for a rest, such as at the quarter or halfway markers, he said.

“We’ll have a couple located along the Grouse Grind, just areas off the trail where folks can catch their breath without getting in the way of folks making their way up the mountain. At those sites we’ll ensure there’s ample space for folks to take a break without impacting the trail or the ecology in the area,” he said.

While basic work is already underway, the project’s completion isn’t expected to wrap up until 2024.

“We heard from folks that they don’t really want to change the core character of the Grouse Grind trail and the BCMC trail too much. They really love it. At the same time, they’re in desperate need of some upgrades and improvements to keep them resilient to the levels of use we’re seeing,” said Fitzpatrick.