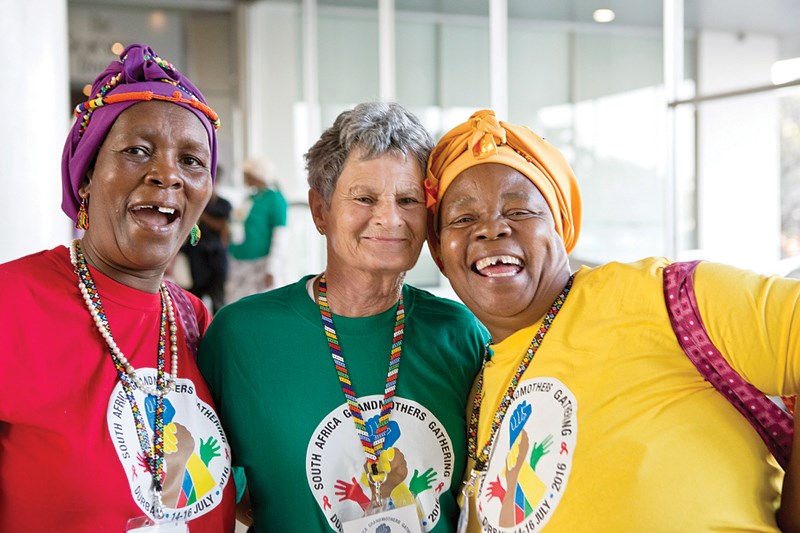 The AIDS epidemic continues to ravage sub-Saharan Africa, claiming the lives of millions of mothers and fathers – often leaving a grandmother with the duty of holding her family together.

Jeanette Froese has spent the last decade raising money for the Grandmothers to Grandmothers Campaign, a charitable group attempting to assuage the AIDS epidemic by funding education, sanitation and healthcare projects in Africa through the Stephen Lewis Foundation.

Asked why the cause is so close to her heart, Froese offers four words: “Because I’m a grandmother.”

Froese, a Parkgate resident and grandmother of five, trekked to Zambia and Durban last July with a small group of like-minded grandmothers to see the fruits of their work.

Approximately 25.6 million residents of sub-Saharan Africa are living with HIV, accounting for more than two-thirds of the global population of HIV sufferers, according to the World Health Organization

Discussing the current of grief running through so many communities, Froese recalls what a fellow grandmother told her during their trip: “Those of us who live in Canada really won the lottery and it’s up to us to do something to help others.”

The collection of Canadian and Australian grandmothers have devoted themselves to working with grandmothers in Africa to help spread the word about HIV treatment and prevention and to lessen what remains a potent stigma.

In her travels, Froese talked with a grandmother who watched eight of her 11 grandchildren die of AIDS. Froese listened to an account of a pair of 12-year-old girls who had to stop going to school when they started menstruating. After the girls eventually got back into school, they were expelled again over the baseless claim they were having sex.

But Froese also toured a school in Zambia run by community grandmothers and attended by 390 students – most of whom couldn’t afford the uniform required at the government-funded school. The Stephen Lewis Foundation recently helped provide desks for the students, Froese reports.

“We really felt that we were making a difference,” Froese says.

In the last 10 years, the Grandmothers to Grandmothers Campaign has raised approximately $24 million, which flows through the Stephen Lewis Foundation to combat AIDS in Africa. Approximately 10 per cent of the money raised goes to administrative costs, leaving the lion’s share for grassroots organizations in Africa, according to the Stephen Lewis Foundation.

The foundation works to get social workers and nurses into the community, as well as ensuring patients have access to antiretroviral drugs.

To help fund projects big and small, Froese says she met grandmothers from a self-help group organized by widows. They were selling homemade marmalade, roasted peanuts and hand-knit crafts in Lusaka, Zambia’s capital. They’d bought supplies with funds from the campaign and were using the nearly universal-grandmother skill set to raise more money.

While Froese heard horrifying accounts of women’s legal rights being trampled and widows losing everything after the death of their husbands; she also witnessed the resolve of grandmothers as she listened in on workshops held in the languages of Zulu and Xhosa.

Translators would allow the English-speaking grandmothers to follow along, jotting down the most meaningful phrases.

Froese was part of an international delegation of approximately 2,000 grandmothers planning to march in Durban in conjunction with the 2016 World Aids Conference, but one of the most lasting impacts of her trip was a single phrase spoken in one of those workshops: “Nothing about us, without us.”

“It’s time that the government recognized the grandmothers and what they do,” Froese says.

While still recovering from the “emotional roller coaster” of her trip, Froese says she plans to spend the next year making presentations about her time in Africa to raise the profile of Grandmothers to Grandmothers.

Froese is scheduled to speak at the North Vancouver City Library on Dec. 13.