Volunteer group looking for donors for 'badly needed' renovation at West Van Secondary
May 17, 2019 11:54 AM By: Andy Prest 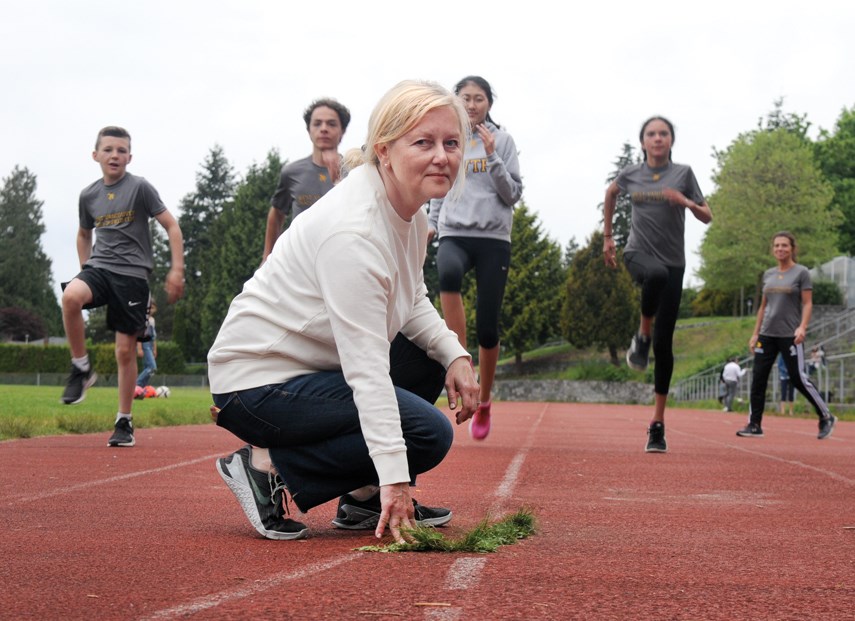 An ambitious volunteer campaign to massively renovate the track and multi-purpose sports facility at West Vancouver Secondary has gotten its second wind.

The West Vancouver Place for Sport campaign was first unveiled three years ago when a small team of volunteers set out to raise more than $5 million for a new facility that would replace the badly damaged track and well-worn grass field at the centrally located high school. The campaign gained support from stakeholders such as the West Vancouver Community Foundation, the West Vancouver school district, the District of West Vancouver and West Vancouver Football Club, but fell well short of its fundraising goals.

Stalled for about a year, the campaign is now back up and running with organizers voicing a new sense of excitement and urgency at getting the funds raised by the end of 2019 and the project completed by the fall of 2020.

The new goal for the campaign is a total of $4.9-million to renovate the facility with a new rubberized five-lane track, all-weather turf field, lighting and accessible washrooms. So far, approximately $950,000 has been raised.

The fundraising committee is searching for donations from all corners of the district and beyond, although Jopson said what will likely put them over the top are game-changing large donations from philanthropists that could earn someone naming rights for the new facility, a kind of Kay Meek for the West Vancouver sports world.

“We’ve got a great facility in the Kay Meek Centre that was built through Kay Meek’s very generous philanthropy, and right adjacent to it is a track and field that is badly deteriorated and is in significant need of renovation,” said Jopson. “I’m hoping that donors will come forward and help to build that facility as well. ... It’s a project for the community, and one that in my opinion is badly needed. And that’s why we’ve stayed with this and we’re not giving up.”

For more information or to make a donation, visit the West Vancouver Place for Sport website.