Only about 3.3 per cent of the North Shore’s residential properties are owned by people outside the country, according to numbers released by Statistics Canada and the Canada Mortgage and Housing Corporation this week.
Dec 21, 2017 3:55 PM By: Brent Richter 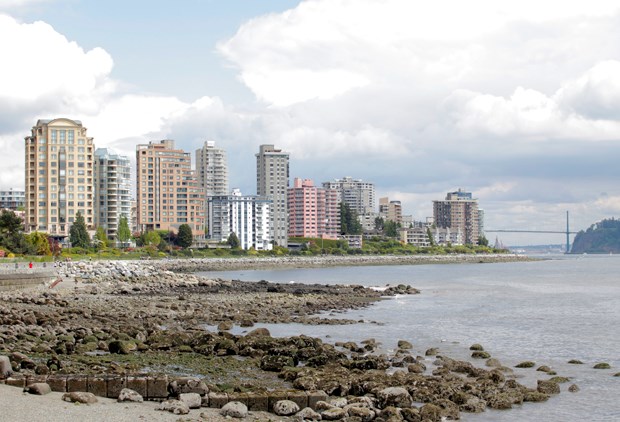 Only about 3.3 per cent of the North Shore’s residential properties are owned by people outside the country, according to numbers released by Statistics Canada and the Canada Mortgage and Housing Corporation this week.

But an expert in housing and planning says there is much more to the numbers than may first appear.

The District and City of North Vancouver both came in well below the regional average with 2.4 per cent and 3.8 per cent respectively.

But Andy Yan, director of community data science at SFU’s city program, said the most telling patterns only emerge when you drill down into the geography, housing type, price and age of the homes that non-residents own.

In West Vancouver, the average price of a home owned by a non-resident is worth just under $3.8 million while resident-owned properties average just over $3.1 million, a 22 per cent difference.

By contrast, in the City of North Vancouver, where non-residents were more likely to own condos than houses, non-resident-owned homes were worth roughly 20 per cent less than homes bought by residents.

Owners from outside the country are also more likely to buy new housing. Of the condos built in West Vancouver between 2011 and 2015, 18 per cent are owned by non-residents, according the Yan’s analysis, compared with the regional average of 10 per cent.

Nine per cent of the new condos that came onto the market in the City of North Vancouver in 2016 and 2017 are owned by someone whose primary residence is outside Canada, the stats show.

That West Vancouver is favoured by outsiders is a window into how local properties are marketed abroad, Yan said.

“It really shows you how network-driven these types of patterns are and what type of particular immigrant and global networks are at play here,” Yan said.

The data should colour the debate about development and the degree to which it can help the affordability crisis, Yan added.

“When we talk about densification and new development, who are we building for?” he said. “We definitely need a much more targeted housing policy. Housing policy is how demand meets supply as opposed to just an issue of supply.”

Given what we’re learning from the data, Yan said it may be time for governments to reconsider how they tax non-resident owned homes, whether they are purchased as investments, vacation properties, rented out or left vacant.

“We may need to update and modernize our systems to realize these types of global patterns of ownership,” he said.

And, Yan added, there are some caveats, particularly the “constrained” definition of a non-resident owned property. The data doesn’t look at the citizenship of the owners and likely includes Canadians who own property here but live abroad.

“It captures the Wayne Gretzkys and Shania Twains,” he said.

And, more importantly, it doesn’t look at the source of the wealth that pays for the properties, Yan noted.

“My interest has never necessarily been foreigners but it’s the idea of foreign money – foreign capital – and how does it interact with cheap capital in Canada to produce the real estate market that we have in Metropolitan Vancouver?” he said.

The data released by StatCan and CMHC does help shine a light on some of the activity driving the housing market but it shouldn’t be taken as conclusive, Yan added. As always, Yan said more and better data are needed.

“In this case, the light isn’t necessarily a very large spotlight into the sky but rather a flint spark,” he said. “We have a brief glimpse into the darkness but we still need more light.”