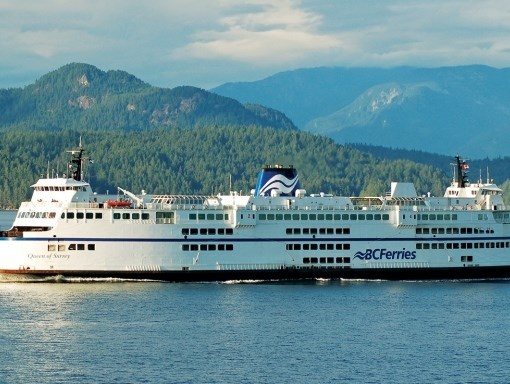 “While the sector has played a key role to transport first responders, essential travelers and goods to ferry-dependent communities during the pandemic, it has received no support from recent federal relief measures,” the industry group, which includes ferry companies from across the country and is chaired by BC Ferries’ Mark Collins, said in a July 20 release.

The CFA said Canada’s ferry operators continue to face decreases in revenues, mounting losses and added costs “to adapt to the new reality,” even as some pandemic restrictions ease.

The association also claims the “vast majority of the sector” was ignored in the recently announced $19-billion federal-provincial safe start agreement, which it said would likely only support ferry systems that operate as part of municipal transit systems.

"This lack of support for the ferry sector is dividing communities in Canada into those that take urban transit in large municipalities and those that rely on other modes of transportation such as ferries," said Serge Buy the association’s CEO.

Local leaders on the Sunshine Coast have pointed to the safe restart agreement as a possible source of funds to help BC Ferries increase service on routes like Horseshoe Bay-Langdale, which continue to face overloads and delays as demand ramps up.

At the July 16 meeting of the transportation advisory committee, Sunshine Coast Regional District chair Lori Pratt said the announcement of the safe restart agreement makes this “an opportune time to put any pressure on if we can” to get federal and provincial support for BC Ferries.

When it met July 21, Gibsons council voted to draft letters to the provincial and federal governments asking for financial support for BC Ferries.

Sechelt council is expected to do the same, and Mayor Darnleda Siegers has already been encouraging Coasters to lobby the province and the federal government.

Speaking during his weekly media availability July 23, premier John Horgan said, “We're continuing to discuss that package of dollars with the federal government … [deputy prime minister Chrystia] Freeland and I have talked at length about the importance of BC ferries. British Columbia coastal communities absolutely depend on our marine highway. She understands that and we're working on mechanisms to allow us to access those federal dollars. We're not done on that yet.”