A man in his 30s is OK after he collapsed and became unconscious while hiking in Deep Cove Saturday.
Sep 21, 2019 3:59 PM By: Ben Bengtson 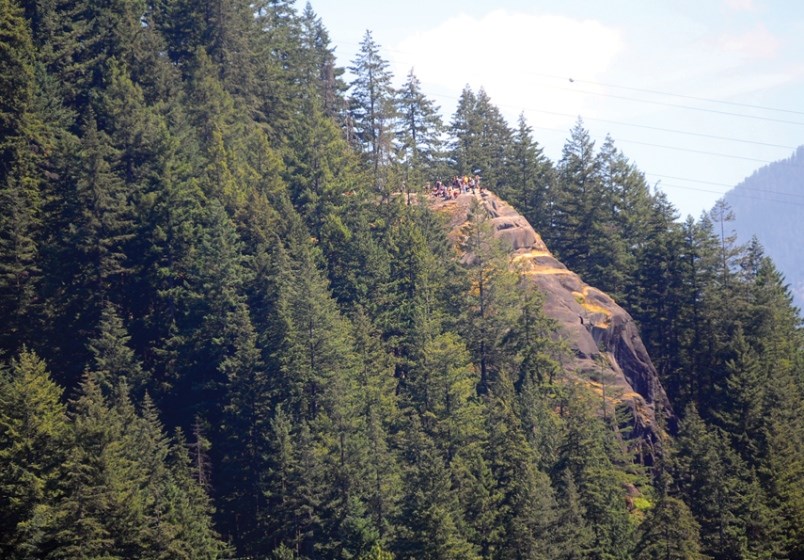 A man in his 30s is OK after he collapsed and became unconscious while hiking in Deep Cove Saturday.

Multiple District of North Vancouver Fire and Rescue Services crews, along with park rangers, were summoned to the halfway point of Quarry Rock around noon after other trail users reported that an adult male had collapsed and then fallen unconscious while hiking.

“We had multiple 911 calls,” said assistant fire chief David Dales. “It came in as a pretty serious call so we tend to move appropriate resources immediately.”

After reaching the man, emergency crews were able to walk him out of the trail, at which point fire and rescue services drove him along Indian River Drive to where awaiting paramedics were stationed. The paramedics assessed the patient and transported him to Lions Gate Hospital, according to Dales.

“He just over exerted himself and was probably dehydrated,” said Dales.

The patient has been handed off to the paramedics. pic.twitter.com/3VFgicbi9H

When traversing the great outdoors on the North Shore, Dales recommends being prepared for the environment, level of exercise, and type of trail one plans to undertake before setting out.

“This guy met most of those, I think he was just going a little too hard, too fast,” he said.