A trucker who drove his semi from Abbotsford to Lions Bay, drunk and careening into medians and guardrails along the way, has been sentenced to house arrest.
Oct 19, 2020 6:56 PM By: Brent Richter 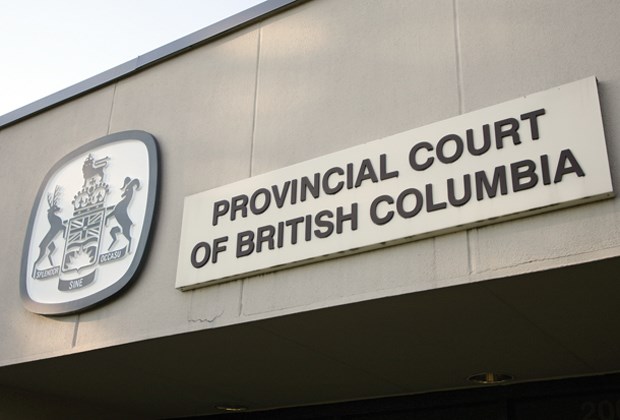 A trucker who drove his semi from Abbotsford to Lions Bay, drunk and careening into medians and guardrails along the way, has been sentenced to house arrest.

Drivers first noticed Jaswinder Brar and his flat-deck truck swerving across Highway 1 in Coquitlam around 7:45 p.m. on Nov. 24, 2019, and called 911.

A group of civilian drivers who saw what was happening formed a phalanx behind Brar’s truck and put their four-way flashers on, keeping other drivers at a safe distance. North Vancouver RCMP and West Vancouver police intercepted them and tried several times to pull Brar over but, when it was clear he wasn’t going to, officers turned their lights off and slowed down so as to not escalate a risky pursuit.

During sentencing in North Vancouver provincial court on Monday, the Crown played recordings of 911 calls made by drivers between Coquitlam and West Vancouver.

“He’s going to kill somebody. He’s weaving all over the highway. I can’t believe the cops stopped,” one witness told the 911 dispatch.

Eventually, Brar struck a barrier and stopped at the Kelvin Grove Way exit in Lions Bay where police took him into custody at gunpoint, 45 minutes after he was first reported. There, he was too drunk to stand and smelled strongly of alcohol, the court heard.

According to the Crown, Brar passed out in the cruiser on the way back to the North Vancouver RCMP detachment, where his blood alcohol tested at 190 milligrams per 100 millilitres of blood or 0.19.

“Both society and Mr. Brar are fortunate that the incident did not result in serious injury. But the absence of injury does not downplay the extreme risk Mr. Brar took by putting the key in the ignition. Rather, the lack of injury is a credit to the quick thinking of the individuals who blocked the lanes behind him,” said Crown articling student Joseph Zondervan.

Brar’s defence lawyer Sunny Kaler told the court his client had been under tremendous financial and family stress at the time and turned to alcohol to cope. Kaler said Brar had gotten into an argument with his wife and decided to go sleep in his truck but then made the “unfortunate” decision to go to Squamish so he could be first in line to collect a load of materials the next morning. Kaler said Brar did not notice the drivers behind him or the police until he’d reached Lions Bay.

Brar has since sold his truck, but not before getting another roadside prohibition. On Oct. 7, a prospective buyer took the Peterbilt for a test drive but got the trailer hung up on a lamppost on an Abbotsford sidewalk. Brar volunteered to drive the truck and trailer back onto the road. Police at the scene gave Brar another breathalyzer test, during which he blew .09.

In court on Monday, Brar pleaded guilty to driving while over .08 blood alcohol content and flight from police, related to the November 2019 incident.

The Crown and Brar’s defence agreed that a 90-day conditional sentence, plus a $2,000 fine and 20-month driving prohibition would be an appropriate punishment.

Asked if he had anything to say before the sentencing, Brar simply said “no.”

Judge Joanne Challenger said she would agree to the joint submission but she added the case was full of “significantly aggravated” circumstances. And she had some words for Brar.

“I would certainly hope that you choose a good life over drinking. I hope that you understand it's clear to me that you have an alcohol abuse issue and you are simply very lucky that you are not before the court today facing much more serious charges. I hope that you don't tempt fate further at any time in your life by getting behind the wheel with any amount of alcohol in your system,” she said.