The death of a North Shore dentist who died suddenly 10 days after attending the Pacific Dental Conference earlier this month has been confirmed as linked to the COVID-19 virus. Dr.
Mar 31, 2020 2:09 PM By: Jane Seyd 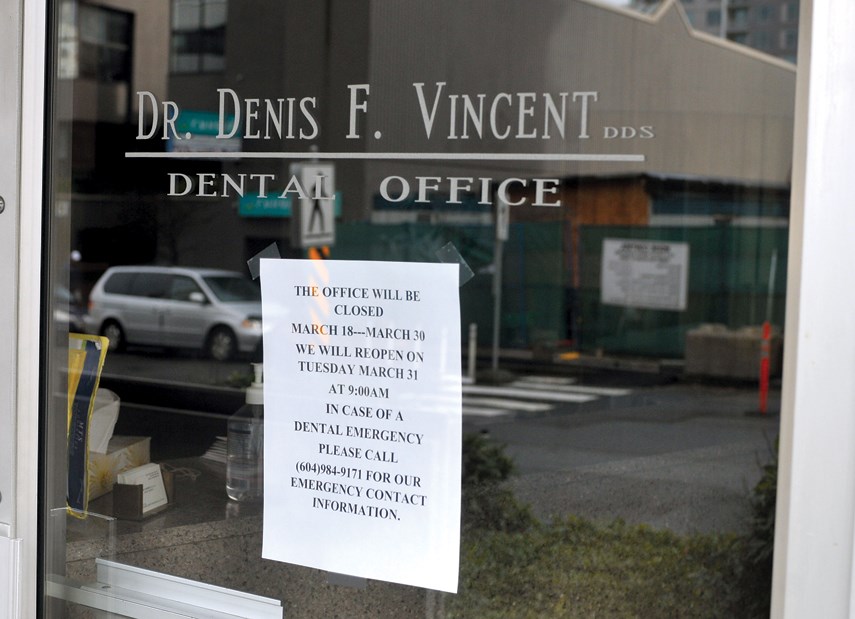 The death of a North Shore dentist who died suddenly 10 days after attending the Pacific Dental Conference earlier this month has been confirmed as linked to the COVID-19 virus.

Dr. Denis Vincent, 62, a North Vancouver dentist and longtime North Shore resident, died March 22 at his Vancouver home, where he had been in self-isolation.

Vincent’s sudden death had been under investigation by the coroner’s service in light of his attendance at the Pacific Dental Conference in Vancouver March 5 to 7 and his subsequent development of symptoms.

On Monday, Bettyanne Brownlee, a lawyer for Vincent’s family, said in a statement the coroners service has now confirmed Vincent’s death was related to exposure to the virus.

According to health officials, Vincent’s is the only known death in B.C. from coronavirus “in the community” – outside of a hospital or long-term care facility.

“This was a person who died in their home,” said Dr. Bonnie Henry, the province’s chief medical health officer, describing the death at a press conference on Monday. “It was a result of COVID-19.”

Henry said last week up to 32 people have been linked back to the conference, attended by about 15,000 people, which Henry described this week as “a major source of infection in B.C.”

Henry said last week that as part of a public health investigation, the dentist’s close contacts had been identified and put into isolation.

Those who had seen Vincent in the week after the conference said he seemed to be in good health. It wasn’t until around March 19 that he told one of his longtime friends, Casey Niewerth, on the phone that he felt ill.

Even then, Niewerth said his friend’s health seemed to be improving when they spoke a day or two later.

Niewerth and others who knew him were shocked to find out that Vincent had died.

Niewerth described Vincent as a “prince of a guy” who was an avid skier and sailor, adding he wasn’t aware that his friend had any underlying health issues.

Vincent did see patients in his North Vancouver clinic in the brief time between the conference and March 12, when Henry told all dentists who had attended to self-isolate.

But Henry said unless a dentist had been showing symptoms of illness “the chances of passing it on to others is extremely low,” noting the two-week incubation period for the virus is now past.

Those who knew Vincent described him as a fun-loving family man with a great sense of humour, who was highly regarded by his patients.

“He had a great sense of humour and cared deeply about people,” said Brownlee.