CapU president urged to step down

Faculty association calls for Kris Bulcroft's resignation
May 2, 2014 12:00 AM By: Brent Richter 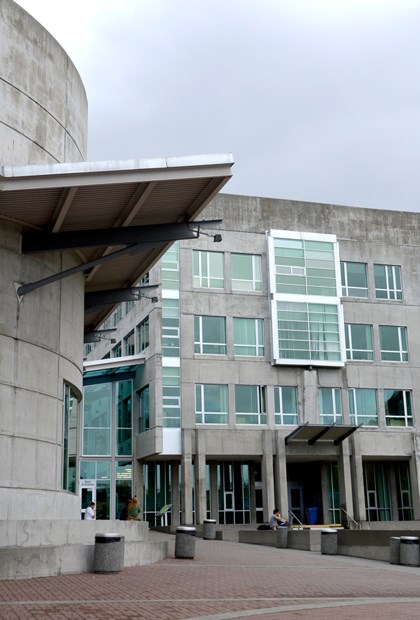 The Capilano Faculty Association is calling for university president Kris Bulcroft to resign.

This follows a court ruling on Monday that found the school's board of governors was in violation of the University Act when it suspended a swath of programs to make up for a $1.4-million budget shortfall last year.

The faculty association met for its annual general meeting on Thursday morning and, after a briefing from their lawyer and seeing that Capilano's administration is considering an appeal of the judge's decision, decided to call for Bulcroft to step down.

"Faculty believes that she is an incompetent leader," said faculty association president Joanne Quirk following the vote by members. "We're hoping either she'll resign or the board will fire her."

Cap's teachers were "outraged" that the administration would continue to fight them in costly court battles while the school prepares to deal with another $2.2-milion deficit this year, Quirk said.

The teachers took CapU to court last fall, arguing that the board failed to consult with the university' senate, which includes 10 faculty members, "on the development of the educational policy for the discontinuance of courses before discontinuing courses and programs for the 2013-2014 academic year."

The act states that the board must seek the advice of the senate and the senate must offer advice when it comes to cutting courses.

The cuts resulted in the suspension of diploma classes in computer science, commerce, studio arts and textile arts as well as arts and science transfer courses. The cuts also resulted in the loss of the equivalent of 19 full-time jobs, affecting 27 employees.

The university's lawyer argued that, as a young university, Cap was still developing its policies and that the senate had been consulted via the senate budget advisory committee, which ultimately recommended the budget the board passed.

The judge, however, sided with faculty and stated the university "does not have the authority" to discontinue courses until they are in compliance with the act. The ruling doesn't bring back the programs suspended last year, but does mean the board and senate must develop a policy that applies to future cuts as well as the ones axed in 2013-2014.

Asked if she worried the tactic will make for a more difficult relationship between faculty and the administration, Quirk said the damage is already done.

"I think they don't care about the relationship between faculty and them at this point. People lost their jobs without any consultation. People have been struggling. The president seemed to be more concerned about balancing the budget than caring about the faculty that work for her," Quirk said.

Bulcroft's office was not aware of the call for her to resign and could not offer comment, according to Capilano's communications staff; however, Richard Gale, Cap's vice-president academic, said the court ruling itself was a surprise.

"We didn't expect that to happen and for it to go that way. With that said, we've spoken to our legal counsel and are trying to decide what the next steps are," he said. "There seems to be some questions as to what it is really saying and how it's saying it and what it's relying on for its judgment.. .. We are considering whether or not an appeal is appropriate."

Cap's leadership has informed the Ministry of Advanced Education about the ruling as it may have consequences for universities across British Columbia, Gale said.

"We're a new university developing policies as we go. If the issue is in fact the way the University Act is written itself, that's going to have implications far beyond Cap," he said.

Deficits, like the $1.4-million that resulted in today's fallout, are common among postsecondary education, Gale said "I've been in the university world a long time. Budget cuts are very normal. They come and go. All of us in B.C. and across Western Canada have been dealing with this, so the fact that this started with a budget cut is not a surprise."