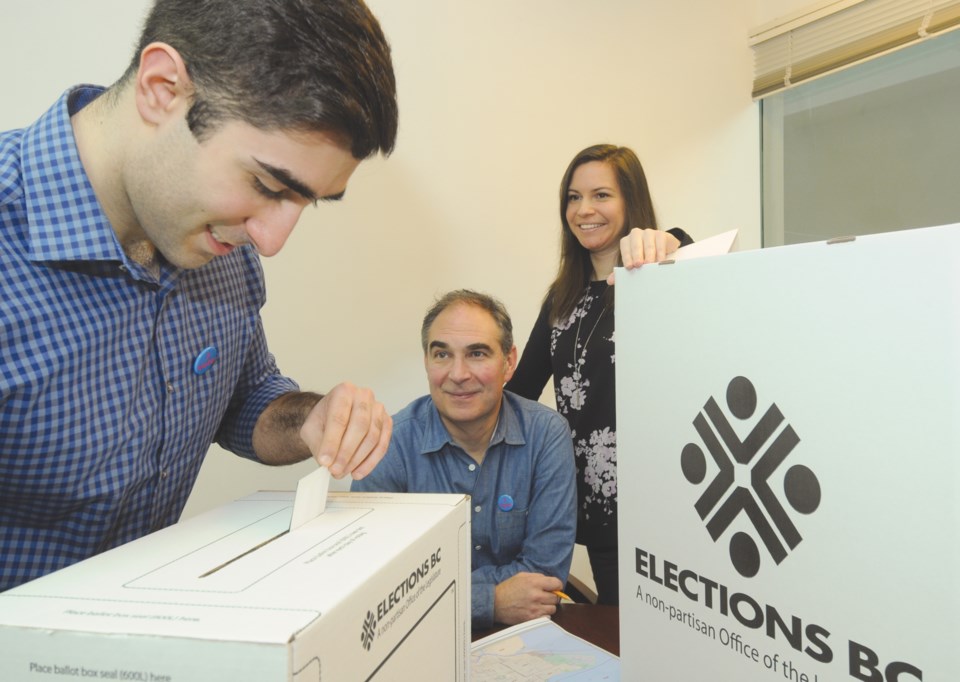 And by “you,” he means both volunteers and the approximately 44.7 per cent of eligible B.C. voters who steered clear of the 2013 provincial election.

“We want people who don’t usually vote, or infrequently vote, or have never voted before,” says Mollard, executive director of the North Shore Community Resources Society.

Mollard’s antidote to apathy is a series of Vote PopUps, which attempt to demystify democracy by offering the public “a voting test drive.”

Pop-up participants can practise casting a ballot while volunteers offer them tips on getting registered and voting day ID.

The NSCRS set aside $1,500 to fund the pop-up pilot project, according to Mollard. The “shoestring budget” should be enough to hire a co-ordinator who can train volunteers and work with host agencies.

It’s a challenge to get funding because the pop-ups are considered political even though volunteers will be trained to be “assiduously non-partisan,” according to Mollard.

The public “may want to perhaps engage in a partisan conversation, but that’s not our role,” Mollard explains. “I think voting is always better if people are informed, but that’s the responsibility of individual citizens.”

NSCRS previously hosted Democracy Cafés leading up to the last federal election and helped educate democratically curious Canadians about electoral reform (“which is superfluous because Mr. Trudeau has decided not to fulfil that promise,” Mollard explains.)

A few blips aside, voter turnout has been on a downward trajectory in B.C., sliding from 70 per cent in 1983 to 51 per cent in 2009. However, turnout among eligible voters jumped to 55 per cent in 2013 and Mollard is dedicated to pushing that number even higher.

“It’s a chance to decide who’s going to represent us when it comes to making laws, legislation, deciding on how we’re going to distribute budgets, it’s a critical moment,” he says.

When discussing democracy, Mollard says he frequently invokes the alien conundrum. If extra-terrestrials asked you: “Take me to your leader,’ who would you send them to?” Mollard asks. “The answer I’m looking for is … we, collectively are the leaders of our democratic society.”

While NSCRS is organizing the events on the North Shore, the pop-ups are the result of a partnership between Elections B.C. and Samara Canada, a charity that advocates increased political involvement.

The pop-ups are scheduled to run from early April to May 7 at libraries, community centres and other public venues.