A West Vancouver heritage advocate brought her chequebook to the courtroom Friday in a bid to stop the sale of the historic Binning House to a developer. Kathleen Staples brought an offer to B.C.
Dec 15, 2013 12:00 AM By: Jane Seyd 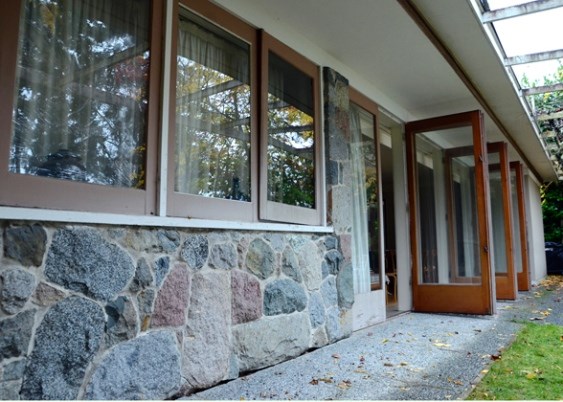 A West Vancouver heritage advocate brought her chequebook to the courtroom Friday in a bid to stop the sale of the historic Binning House to a developer.

Kathleen Staples brought an offer to B.C. Supreme Court Friday to buy the Binning House for $1 million in order to save it for community purposes.

Outside the court, Staples said she made the offer "to put my boot in the door" in the hopes the judge would be willing to hear another proposal for the Binning House involving keeping it open for public benefit.

But by the end of the day, that offer was apparently on the brink of collapse over financing issues.

The surprise development came on the third day of a court fight over the fate of the Binning House, the former West Van home of artist B.C. Binning that is regarded as an important first example of West Coast modernism.

The Land Conservancy - now under creditor protection - announced this fall it plans to sell the house to the development company Wall Financial for $1.6 million and use the money to help pay off $7.5 million owed to creditors.

Several organizations, including the province of B.C. and District of West Vancouver, are trying to block the sale in court, saying the Binning property was given to The Land Conservancy under conditions that it be preserved for the public.

Francesca Marzari, lawyer for the District of West Vancouver, told the judge Friday if The Land Conservancy doesn't have the ability to maintain the Binning House, their first

obligation should be to find someone else who can.

"There are people who are willing to step up, including the District of West Vancouver," she said.

In a court affidavit, Adele Weder, a heritage advocate who heads up the West Coast Modern League, said her group would be willing to manage the property in partnership with the municipality.

But the judge told Marzari she needs more than good intentions.

"The rubber hits the road in terms of who's prepared to write the cheques to maintain this property," she said.

Fitzpatrick added that despite wide media coverage, no one besides Wall and Staples has stepped up with formal proposal to take over the house.

"Where are they? Where are all these people? Who's prepared to come and make a concrete proposal? At the end of the day, unless you have government standing behind these types of projects, someone has to pay for it."

Lawyers for the University of British Columbia are also arguing in court that The Land Conservancy doesn't legally have rights to the property and should not receive proceeds from any sale because trustees for Jessie Binning's estate improperly transferred the house to the charity.

Amy Francis, lawyer for UBC, said Binning specifically changed her will in 2004 to ensure the house was either held specifically for public and historical purposes or sold with the proceeds going to the university.