Filmmaker Jennifer Abbott’s triggering moment came on a hilltop, on a hot, sunny day in July, as snow started to fall. Only it wasn’t snow: it was ash.
Sep 20, 2020 4:00 PM By: Julie Crawford 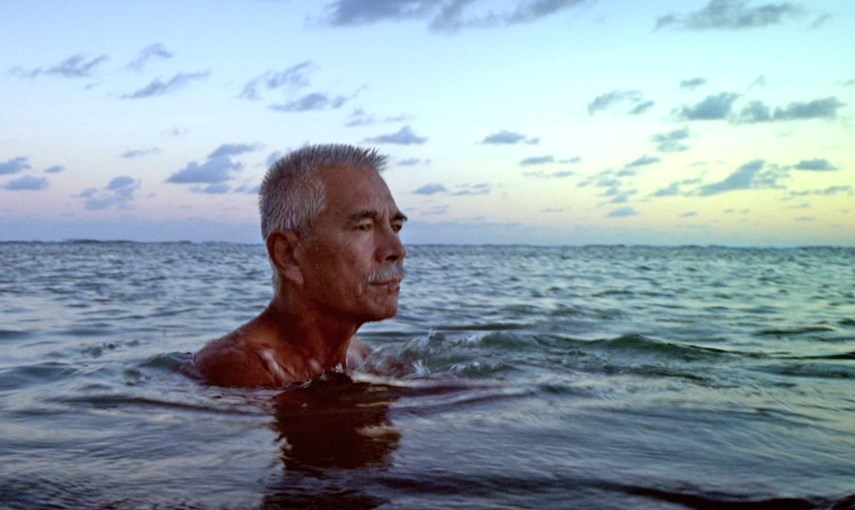 Filmmaker Jennifer Abbott’s triggering moment came on a hilltop, on a hot, sunny day in July, as snow started to fall.

Only it wasn’t snow: it was ash. Ash from not-so-distant wildfires that were indiscriminately ravaging trees, wildlife and dwellings, sending clouds of noxious smoke to Vancouver’s Lower Mainland and beyond.

It’s a scenario that has played out almost every summer since Abbott first had that overwhelming feeling of sadness of things lost. “I identified that moment as grief,” she says from her home in Vancouver. Specifically, climate grief, as it has come to be known. “Six years ago very few people knew what climate grief was. Now the devastating loss of so much on the West Coast is bringing up a lot of emotions for people. … We can and do feel grief for the loss of the world as we know it.”

Abbott addresses grief both on a global scale and on a very personal level with her new film The Magnitude of All Things, which is in competition at this year’s Vancouver International Film Festival, Sept. 24-Oct. 7. The writer-director marries interviews with leaders, advocates and people particularly affected by climate change with intimate letters and memories of her sister Saille, who passed away from cancer. “My sister did ask me to do something with her letters. I’m sure she did not envision this.”

Would she be happy with the result? “Yes, I think she would be,” Abbott responds. “I feel it’s a real tribute to my sister.”

She admits to underestimating how emotionally taxing the film would be to shoot, particularly the scenes in the house where her sister died. “It certainly was a deep dive down into some difficult issues, but… I don’t like to dwell in the superficial.”

Activist Greta Thunberg was interviewed for the film, as was Manari Ushigua, traditional leader of Ecuador’s Sapara nation, and Anote Tong, former president of the steadily drowning island republic of Kiribati. Abbott chats to climate researchers and bushfire survivors in Australia, and Indigenous people watching their culture melt away in Labrador.

The crew was lucky to finish filming before the pandemic hit, when such travel was still possible. “With The Magnitude of All Things ultimately I knew we couldn’t fly in and out in half a day, we went for a whole week,” she says. Relationships needed to be built and trust needed to be established with her interview subjects.

However, she only had a few hours with much-in-demand Nobel Peace Prize nominee Thunberg. “She was a ninja!” the filmmaker says. “She knew her place, she knew why she was alive, she was singularly focused and quite serene.” Abbott admits to being “none of those things” when she was a teenager, although she did have a passion for justice, self-identifying as a feminist at age 14 and championing the rights of non-human animals. (Her first documentary film, A Cow At My Table, was about factory farming.) She credits her grandfather with giving her that confidence: a lover of poetry, philosophy and politics, “he believed in me in ways that no one else did, he saw me more clearly… That’s really important.”

Her twin daughters are in the film, playing young Jennifer and Saille. Instilling an appetite for social justice is harder than ever with technology and “the seduction of phones,” Abbott says, but she’s trying. “My twins and my son, we have a lot of conversations about what’s going on and they are very attuned to the world. Is it too much too early? That’s a really big question. It’s a tricky thing.”

As Abbott talks about the film, she continually references it by name as is she’s trying to keep things straight. You can’t blame her: The Magnitude of All Things is not the only film of Abbott’s currently being released. Earlier this month The New Corporation: The Unfortunately Necessary Sequel, which she co-directed with Joel Bakan, premiered at the Toronto International Film Festival.

“I’m a single parent of three kids, and I like to think I can be as strong as steel,” she says, but then quickly likens making two films at once to the time her son swallowed a penny and she valiantly held it together for 17 hours until the moment he was anesthetized, when she became “a mess.”

And so a nice, long break is the only thing on the slate for Abbott. (That is, if she can resist writing another screenplay or turning the one she’s already written into a narrative feature.) Her focus now is the hope is that people will view The Magnitude of All Things despite the fact that “the scale and violence of it is so big, it’s hard to wrap your head and heart around it.”

“It’s an experience that perhaps some audience members have been – understandably – reluctant to go through.” But it’s only by being willing to accept the dire climate situation we find ourselves in that we effect change, she says. “I hope audience members can open that door, come out and act in whatever ways they are able.”

The Magnitude of All Things is available to stream at home with through VIFF virtual cinema. Visit www.viff.org for info.