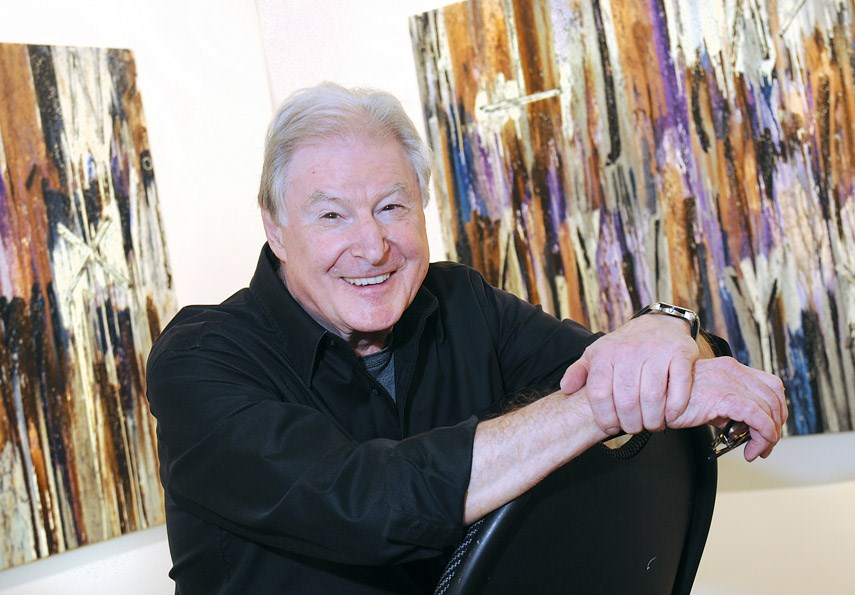 Pierre Coupey is giving a talk at the Seymour Art Gallery on March 17 at 2 p.m. as part of the exhibit Manifest/Trace.Mike Wakefield, North Shore News

Grab a pen, take a piece of paper, and write the letter ‘A.’

“You combine these letters together to make words. You make the word ‘Apple’ and you’ve actually brought an apple into the world. It’s a real apple,” Coupey tells the North Shore News. For those able to get there, they’ll likely find he’s not wrong, either.

Citing an old adage from the transformative modernist poet William Carlos Williams, who opined that “only the imagination is real,” Coupey divulges that his new exhibition, Manifest/Trace, at Seymour Art Gallery offers a “coherent exploration of word – and world – through a visual media” and speculates how the exactness of language can be used to construct our own realities and give shape to our lives.

“It is so much about the careful precision of language and we’re in a time when … language in many quarters is being treated very cheaply, to say the least,” says Coupey.

A quartet of square, monochromatic oil paintings, a text-based installation that uses glowing neon lights, and 26 ceramic plates, each roughly carved and inscribed with a letter of the alphabet, make up Coupey’s new exhibition, which is on display until April 13 and will feature an artist talk and a poetry reading on March 17 and 24, respectively.

Coupey mainly pays homage to writers Gilbert Sorrentino and Williams, and by extension the power of words and letters more generally, through his exhibition. The neon bright text-based installation? It spells out the brief lines that make up Williams’ masterpiece, “The Red Wheelbarrow,” which Coupey confers is “a key poem in imagism and it’s a very deceptively simple poem and ultimately a very complex poem and then ultimately again a very straightforward poem.”

The 26 ceramic plates, each faintly containing an English letter, that Coupey has diligently created to “evoke that business of the volcanic eruption or something coming from a condition of real extreme chaos” share a lineage with Sorrentino’s postmodern marvel, Splendide-Hôtel, a tome which Coupey refers to as an “alphabet book” because it’s structure is centred around the 26 letters of the alphabet and ultimately showcases Sorrentino’s musings on language.

Both Williams and Sorrentino “deal with language and they’re both foundational,” according to Coupey, adding that language and the written word can be a way of ordering the disordered, or creating chaos out of calm. “It’s a way of dealing with the chaos of our time. One of the things we do use language for is to put a little bit of order into our lives. Our lives are much disordered these days in so many various ways.”

Amongst all the noise, Coupey insists that while growing up in Montreal he always knew that being an artist would be his way to cut through the clutter.

“Drawing and writing sort of came together immediately for me, right from the beginning.”

Coupey has been living on the North Shore since the 1970s and in West Vancouver for at least 25 years, he says. An accomplished writer and painter, he has published nine books of poetry and other works in addition to exhibiting his artwork across Canada and abroad.

“The Georgia Straight was of course a manifestation of that desire on my part, and on the part of all the people that were involved with it, to have art and politics come together,” he says, transitioning the conversation back to his exhibition and the nature of art, language and political order (or disorder).

Referencing a correspondence that Williams once shared with poet Robert Creeley, Coupey quotes Williams’ letter: “To write badly is an offence to the state since the government can never be more than the government of the words.”

While Coupey hopes visitors to Seymour Art Gallery experience a sense of “wonder and astonishment” upon viewing his recent collection, he also implores them to remember this foundational relationship when observing his work: that language is power. Let’s use it wisely.