Weekend ceremonies recognize the best in B.C. film and television production
Jun 3, 2016 7:27 AM By: Christine Lyon 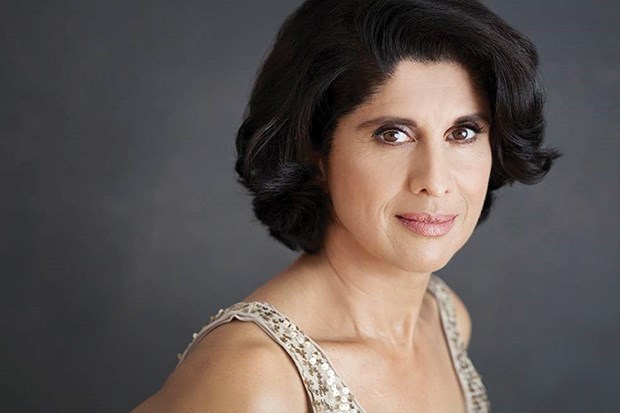 The 2016 Leo Awards continue June 4 and 5 at the Hyatt Regency Vancouver. The first awards night took place May 28. Visit leoawards.com for more information.

“It’s an honour just to be nominated.”

Watch the red carpet special before any major awards show and that’s the humble response most stars inevitably give when asked how they’re feeling. But according to North Vancouver actress Veena Sood, getting short-listed for an industry award really does feel like a huge achievement in and of itself.

“That is really true – that’s the big prize,” says Sood, who is hosting the second night of the 2016 Leo Awards, which celebrate the best in B.C. film and television. “All week you’re excited, you get to dress up and play princess for a day, and it’s really exciting to go and do the red carpet and have a nod from the community giving you the kudos for your nomination.”

No stranger to the Leos, this will be Sood’s third time hosting the glitzy event. She’s also been a nominee and won the award for Best Guest Performance by a Female in a Dramatic Series in 2006.

The first night of the Leos took place May 28 and the awards continue June 4 – the evening Sood is hosting – and culminate with the Gala Awards Ceremony June 5. Within a few days, Sood says most guests will have forgotten who won and who didn’t, but the atmosphere and energy of the event will stick with them.

“It’s really fun because it’s the one day of the year – well, three days of the year – where the entire film community can come together outside of work,” she says. “Normally it’s a pretty grubby looking group of people when we’re all at work on a movie set, unless you’re starring in something where you look fabulous.”

“The difficulty with any Canadian awards show is you’ve got this room full of people who all work together, who all know each other, congratulating each other for shows of the other person that they’ve never seen,” Sood says. It’s all too common for nominees to pat each other on the back and say, “Good for you. I’m sorry I never saw it.”

One of her favourite B.C. shorts of 2016 was One Last Ride, a production for which her brother, actor Manoj Sood of Little Mosque on the Prairie fame, is nominated for Best Performance by a Male in a Short Drama.

“It’s a lovely story about a young girl who is befriended by a cab driver in her desperate time of need and it’s a very poignant, sweet story.”

An experienced emcee, Sood hadn’t done much prep work when reached by the News a week before the big night. But she’s not too worried. With a background in improv, her strategy is not to overthink things.

“What is spontaneous and arriving in the moment is usually much funnier than anything I could script and rehearse.”

The most important thing to remember going into any emcee gig, she adds, is that it’s not about her.

“People aren’t there to see me perform my brand of comedy,” she says. “It’s about the nominees and, for the live audience there, they just want to see the show keep moving, so the most important thing for me to do is just be as efficient as possible.”

When it comes to hosting a glamorous soiree like the Leos, Sood has less trouble figuring out what to say than deciding what to wear.

“That’s, to me, the most stressful part of this kind of a thing,” she says. “It’s a lot to put yourself together for an event like this. Everything has to be tucked and primped and plucked and poked and straightened and curled.”

Fortunately, she’s narrowed it down to a couple of gown options and she’s excited to take the stage on Saturday as the event host, and again on Sunday as an award presenter.

“I’m just really looking forward to having a really lighthearted, easy time in our evening of celebration.”