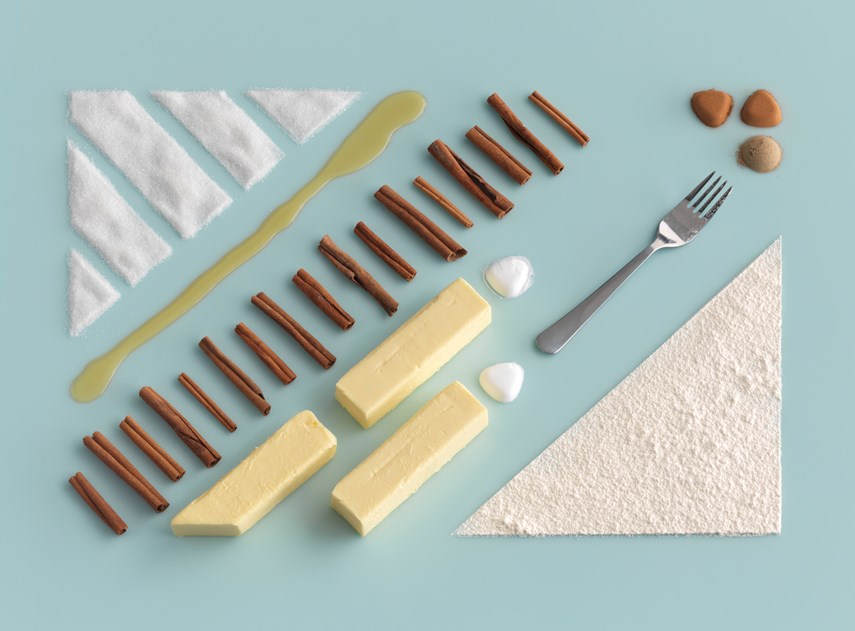 This piece by photographic artist Carl Kleiner (Hembakat är Bäst, 2010, Pigment print on acid-free cotton rag 300 gr.) will be on display during Feast for the Eyes at Polygon Gallery. Courtesy Carl Kleiner and Evelina Kleiner
From images of still-life fruit bowls in the late 19th century to the Instagram pics of people’s pandemic kitchen creations, food has played a constant role in the evolution of photography.

And through the mouth-watering lens of food, an upcoming exhibit at The Polygon in Lower Lonsdale will explore the history of photography – and likewise, much of our contemporary social and political history – through the prism of the foods we’ve eaten and the ways we’ve sat down to dine.

Curated by Susan Bright and Denise Wolff, Feast for the Eyes: The Story of Food in Photography is showing at the public gallery of art and photography from March 4 to May 30.

Inspired by Bright’s 2017 book of the same name, the exhibition is organized around themes of still life, sitting around the dining table, and playing with our food.

The images selected, whether they’re examples of photo art, photo journalism, or even old advertisements, show food and photography and all of their complexities – from the grotesque and sensuous, to an abundance of food to a scarcity of bare essentials.

“It represents a lot more than just food, and I think that’s a really key part of the exhibition,” said Bright, reached at her home in London, U.K. “It’s about who we are, our taste, it’s about how we communicate people our identity. I think that’s why food is always being photographed, because it does represent so much more of that aspiration.”

On the history of photography, Bright said there was a simple reason why photographing still-life – say, a ripe peach flanked by a pointy pineapple – prior to the 20th century was such a common practice. Mainly, it was because still-life didn’t move.

“It was a really great subject to photograph,” she said. “It’s very textural, and obviously you didn’t have colour photography so it was all about you needed texture to give the photograph depth.”

In the exhibition’s second section, on sitting around the table and the notion of food and community, Polygon visitors can expect to see everything from birthday or wedding photography (“A party isn’t really a party without cake.”) to old Weight Watchers recipe cards with vibrant ’70s images of culinary monstrosities like bean and mushroom salad or crown roast of frankfurters.

“There’s a real serious undertone. Women who are isolated in the home and their whole life revolved around food,” said Bright. “Weight Watchers brought them together.”

Images from the Farm Security Administration, an agency created in the ’30s to combat rural poverty, are famous for highlighting the challenges of Americans during an extremely tough period when putting food on the table wasn’t always possible, said Bright.

“You come across food shortages after the Great Depression – they’re represented in the FSA photographs,” she said.

The exhibition will feature the work of more than 60 of the world’s leading artists from the late 19th century to today, including Guy Bourdin, Man Ray, Wolfgang Tillmans, Andy Warhol and Cindy Sherman, and more than 100 images from photojournalism, fashion photography, rare cookbooks and advertising.

Food and the way it has been photographed since the invention of the medium can be funny, disgusting, harrowing, enriching and enlightening, said Bright, adding that the current pandemic has forced many of us to re-imagine our own relationship with the food we eat and how we express ourselves, something that anyone who’s baked a sourdough or become completely fed up with meal planning can surely relate to.

“Food is always ridiculous in a way. There’s a beautiful book of bread in the show,” said Bright with a laugh. “We’re all looking at everything with fresh eyes.”