Step inside a painting at this immersive Van Gogh exhibition, coming to Vancouver this winter 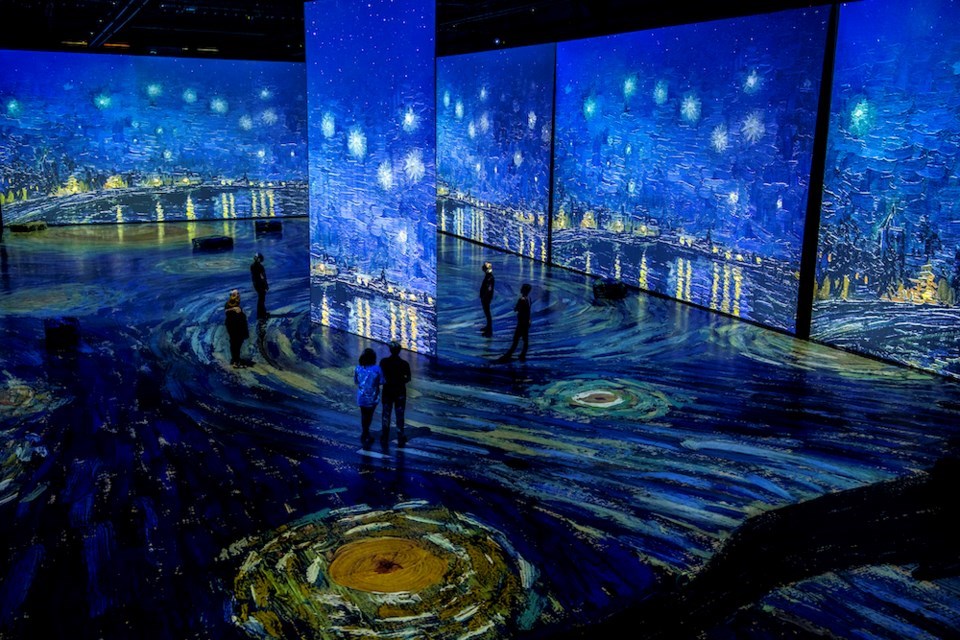 Have you ever wondered what it would feel like to step inside your favourite painting?

You just might be able to find out soon, thanks to an immersive art exhibition that's set to open its doors in Vancouver this winter.
Imagine Van Gogh: The Immersive Exhibition will debut at the Vancouver Convention Centre in February 2021, the production company behind the exhibit announced in a news release on Thursday.

The exhibition that originated in Europe will bring more than 200 of the Dutch artist’s paintings to Vancouver's downtown core for the first time, displayed in a "grandiose and immersive concept of Total Image," according to the release.

What exactly does that mean? During a visit to Imagine Van Gogh, guests will wander through a series of larger-than-life projections of the artist’s most famed masterpieces, painted between 1888 and 1890. Those projections are accompanied by immersive audio, adding "emotional depth to each image," and allowing visitors "to live and feel the creative energy of the esteemed artist."

The experience was created by French artistic directors Annabelle Mauger and Julien Baron.

"Original canvasses are expanded and fragmented, then projected into unusual shapes to emphasize the mesmerizing exaggerations and distortions of Van Gogh’s work. Visitors experience their energy, emotion, and beauty like never before,” Mauger explained in the release.

(If you watched Netflix's Emily in Paris, you'll be familiar with the concept—though that real-life attraction was the Van Gogh, the Starry Night exhibition by Gianfranco Iannuzzi, Renato Gatto and Massimiliano Siccardi, at a space called Atelier des Lumières.)

The exhibition's Vancouver run comes following a series of successful installations in other Canadian cities this year. According to the release, Imagine Van Gogh has sold more than 300,000 tickets in total, during stops in Montreal, Quebec City, and in Winnipeg—even during a global pandemic.

On that note, the exhibition's producers cite the safety of guests, employees and the community as the highest priority ahead of its opening. Though Imagine Van Gogh is a contactless experience, only a limited number of guests will be allowed in on a timed-entry basis, while hand sanitizer will be provided. Visitors will be required to maintain a physical distance of two meters throughout the experience, and masks will be mandatory upon entering. The exhibition will adhere to all of the B.C. government's current health and safety guidelines.

Cost: Tickets are not yet available for purchase. However, those interested can register here to receive exclusive access to presale information in order to purchase tickets prior to the public sale.