Have a tea party, survive a disaster

Geophysicist offers tips for enduring the unthinkable at May 3 Nerd Nite
Apr 23, 2019 7:08 PM By: Jeremy Shepherd 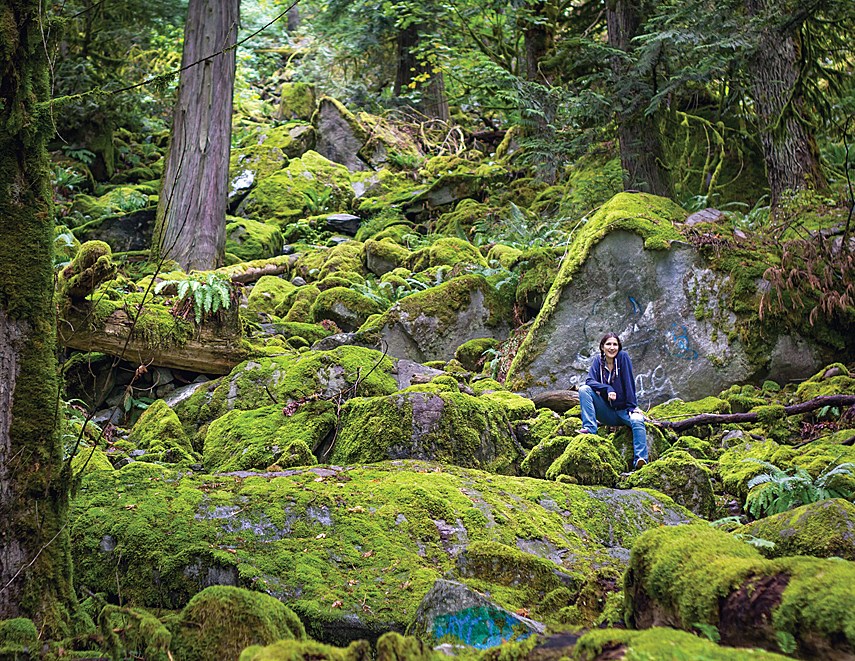 Consider: a star the size of the sun scrunching into something smaller than West Vancouver.

It’s a neutron star; dense as CEO under oath and, much like a beer bottle in the hand of a thirsty idiot, dangerous when out of fuel.

As that star spins, we can see intergalactic headlights of radiation flicking on and off like a pulse. Hence, a pulsar.

This particular pulsar threatened to annihilate Colonel Everett Young, enemy commander Kiva, and just about every other character on Stargate Universe each time it rotated back toward their ship, which it did every 22 minutes.

And this, explains Mika McKinnon, who worked as SGU’s science advisor and was a de facto tutor for the show’s writers, was a problem.

“A pulsar normally rotates on milliseconds and the faster it rotates the stronger the jets are,” she explains. If it’s on a 44-minute rotation, the pulsar is creating: “an electro-magnetic field about as powerful as holding fridge magnets and doing cartwheels.”

And so McKinnon, who works as a freelance scientist (“Which is a real job,” she says.) considered the show’s pulsar puzzle.

It’s a dramatic story not a science lesson, McKinnon explains. But she still strives to insert an “Easter egg of plausibility” into those stories.

“What if the pulsar is starving?” she wondered.

What if it’s got a gas giant feeder star; and the pulsar and its feeder waltz through the cosmos and every 22 minutes they get just close enough for the pulsar to suck the gas from the giant? That would simultaneously cause the pulsar to pulse and kill while keeping the show’s science-literate fans from flooding message boards with technical complaints.

The scenario McKinnon envisioned had never been observed in real life. She rationalized, however, that, given the size of the Universe, there was no reason it couldn’t happen.

“Three years later, astronomers found a system just like it,” McKinnon exults, remembering cheering when she heard the news. “Yes! We predicted this first!”

Envisioning the worst is McKinnon’s bailiwick.

“I literally have a master’s in disasters,” she says. “Technically the degree title is geophysics but it’s a disasters degree.”

While her family tend to be artists rather than scientists, McKinnon grew up with parents that embraced curiosity.

“Their answer would always be: ‘Let’s figure it out,’” she says.

And as a child who watched “way too much Star Trek,” she recalls having moral debates with her lawyer father about whether or not Data, an android, was a human with the right of self-determination. (Father and daughter concluded Data did indeed have humanity.)

Equipped with the ideal temperament for a scientist, McKinnon first studied physics.

Physics taught McKinnon everything about solving problems except the problems she wanted to solve.

As a UBC grad student she studied Martian volcanoes. It satiated her curiosity, but as impressive as the Olympus Mons shield volcano might be, it didn’t touch day-to-day life.

McKinnon dropped out of grad school without leaving.

“Which is a terrifying idea I recommend for nobody,” she says.

If curiosity alone wasn’t enough she thought maybe she should make some money. That idea was short lived.

“I like having enough money to not worry about, like, budgeting for cheese. [But] being a millionaire isn’t on my dream list,” she says. “I need to give back to society in a way that makes the world less bad.”

That realization curbed her existential crisis and sent her into a new direction: fluids.

There are no unifying rules in the field of fluids, she says. Seated in a coffee shop, McKinnon gestures to the mug on the table and the sweeteners on the counter. Coffee and honey are both fluids, but they pose “two entirely different equation systems.”

It seems entirely academic until you consider landslides.

“Landslides seem really simple. It’s rocks falling down hills. How hard can it get?”

But when those rocks and mud and tree trunks start rolling, they behave more like a fluid than a solid, she says.

And making sense of that wonkiness is incredibly challenging. “What do you sample?” McKinnon asks. And how can you get a sample at the most relevant moment, which is when boulders the size of Buicks are cascading downhill.

But what you can do is make equivalent fluids in an attempt to predict where and when the next landslide will hit.

That field of research is crucial in determining, for example, where a home or a hospital should be built.

McKinnon lives near Lower Lonsdale, which is a popular spot for early career geoscientists who have an understanding of bedrock but not enough money to live farther up the hill.

There is a strong link between hosting parties and surviving a disaster, according to McKinnon, who also volunteers with North Shore Emergency Management.

“When something goes wrong, the very, very, very first responders are not the police, they’re not firefighters, they’re not paramedics. It’s the people who are physically closest to you,” she says.

One of the greatest predictors of survival and recovery is community resilience, McKinnon says. Places that have block parties are better off in a disaster.

“They have greater survival rates during disasters and they have faster recovery rates,” she says.

If you have neighbours over and they put their coat on your bed, they then know where you spend a third of your life. “So if the building collapses, I know where to start looking for you,” McKinnon explains.

If you’ve had neighbours over for a tea party, that means your neighbours likely know whether or not you have children, pets, or medical needs.

Just considering what could go wrong on your street, “even if it’s a zombie attack,” can help focus your mind when disaster does strike, McKinnon says.

“Just thinking about it, means you’re less likely to panic when something goes wrong.”

For more information or for tickets go to eventbrite.ca.